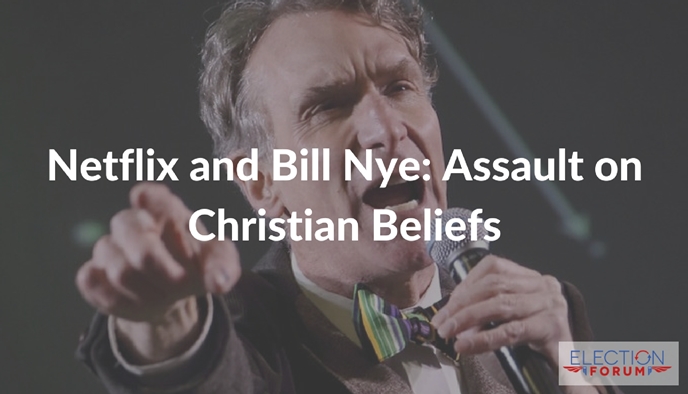 Netflix is becoming an unhindered, liberal propaganda machine. Many of its programs promote liberal causes and themes. Now it’s taking on Christianity. And using a spokesman from a kid’s program to promote this agenda. Bill Nye the Science Guy is one of the most famous, outspoken, and notorious global warming alarmists. He has even stated that people who deny global … END_OF_DOCUMENT_TOKEN_TO_BE_REPLACED