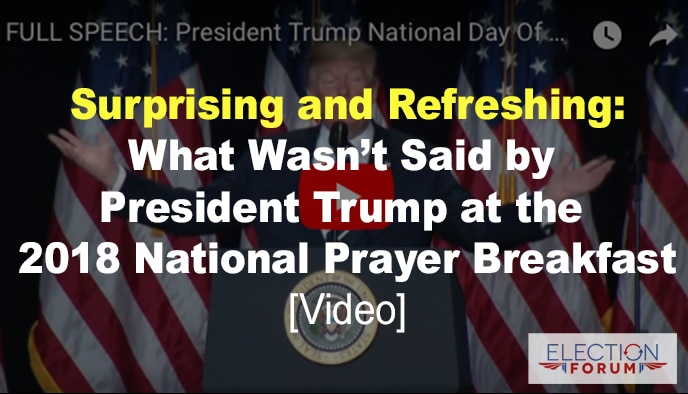 The 2018 National Prayer Breakfast – held at the Hilton in Washington, D.C. – was explosively upsetting to many. Why? Because President Trump spoke truth that many in attendance didn’t want to hear… His speech was a sharp contrast from President Obama’s attacks on historical Christianity during prayer breakfasts in 2015 and 2016. President Trump stressed the importance of religious … END_OF_DOCUMENT_TOKEN_TO_BE_REPLACED