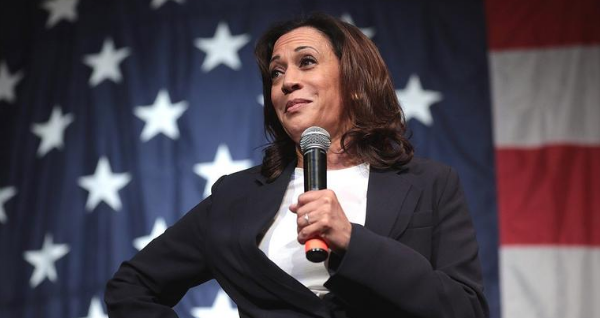 The media says she is “moderate” and the “future of religion.”

They are distorting the truth and reality.

Here are 12 reasons Christians should be very worried about Kamala Harris:

1. This Vice President pick is probably one of the most important in history.

…For two key reasons…a high probability Joe Biden, at 77 years old, will mentally or physically not be able to serve four years and if he did serve out his four years then Kamala Harris will probably be the Presidential candidate for 2024.

2. Most pro-abortion candidate ever.

Kamala Harris has made a war against the unborn…and anyone opposed to killing the unborn. She has 100% pro-abortion ratings from Planned Parenthood.

4. The Biased Media and Liberal Church Leaders say She is “the future of American religion.”

Religion News Service says, “more than her gender and race, she is also the future of American religion.”

5. She is the #1 Top Bigot Against Evangelical Christian and Catholics in the Senate.

6. Promotes Socialist Takeover of the Economy

Harris economic policies are Socialist. In the Senate, she had voted with Bernie Sanders 92% of the time.

7. Healthcare Would be Slashed and Ruined for Millions

8. Undermines Justice and the Rule of Law

10. Reverse the Powerful United States Efforts of Protection of the Persecuted Church and Promotion of People’s Faith Rights Worldwide.

11. Israel Will Lose its Strongest Supporter – EVER.

Let me know what you think? Email me at Craig@ElectionForum.org.