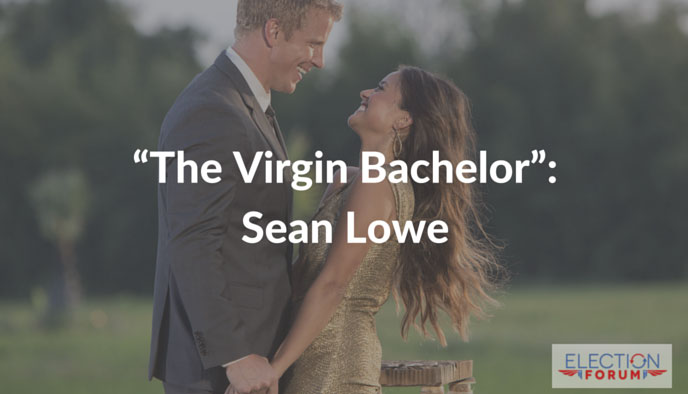 Have you ever seen “The Bachelorette” or “The Bachelor”? My wife and I saw a few episodes … but thought the twist was interesting.

As a contestant on the 17th season of ABC’s reality show “The Bachelorette”, Sean Lowe endured the media label “The Virgin Bachelor” because of his Christian beliefs.

In spite of the mockery, Lowe viewed his time on the program as an opportunity to glorify God. He also fell in love with the leading lady for the season. Sadly, just before the finale, he was sent home. He felt crushed. “I can’t understand why God opened the door for me to be on this reality show, to fall in love, only for it to end like this.”

But for Sean, it did not end that way.

Producers from ABC’s “The Bacherlor” called him, and offered him the title role for that program’s twentieth season.

At first reluctant to go through the process (”It’s unnatural to date 25 women at one time”), Sean agreed. He struggled at times through production, wondering if this really was God’s will or not.  At the end, he proposed to Catherine Guidici.

In an astounding and wonderful turnaround, Sean is also the first Bachelor to marry the winning sweet-heart.

Sean reflected on this stunning turnaround:

“I was labeled as an outsider [the Virgin Bachelor], but as annoying as it was, it’s also been a great thing for me because that’s now a part of my testimony!”