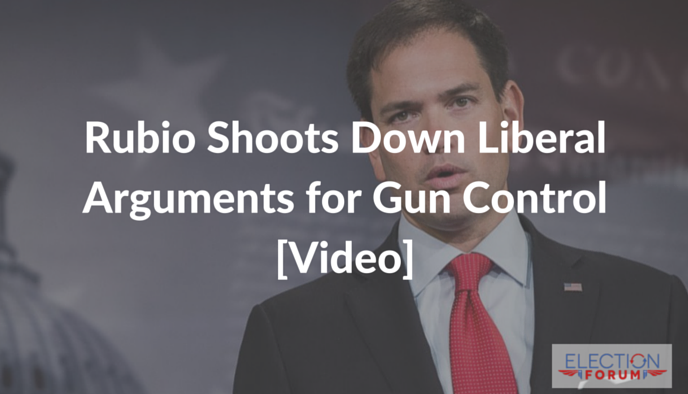 Sen. Rubio consistently argues that gun control is not the solution, pointing to the facts that no proposed measures would have stopped any of the major shootings over the last few years.  The liberal press wanted Rubio to backtrack or modify his pro Second Amendment stance on the right to own guns. Surprisingly, the Washington Post fact-checked his statements and concluded he is correct. Rubio will not compromise.

Rubio emphasizes that our biggest security threat is homegrown terrorism – and the only way to counter these attacks is to use intelligence to prevent them before they happen and ultimately to defeat ISIS.

Watch him explain his position on gun control despite the liberal push-back.