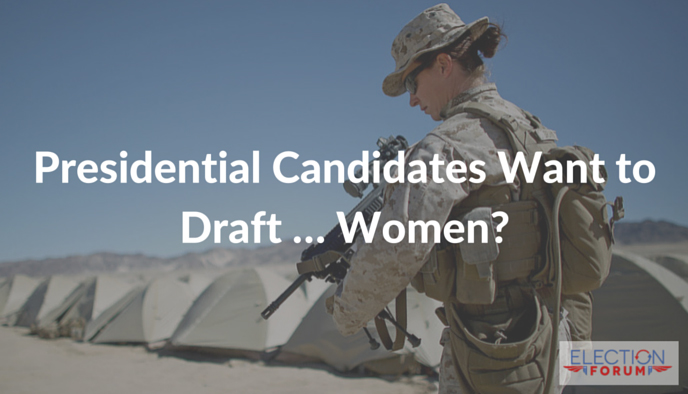 Women Already Serve in the US Military. Should they be drafted, though? (Credit: Tech. Sgt. Keith Brown)

During the 2016 New Hampshire debates before the Feb 9 primary, all three of them agreed to allow women to enter the military draft along with men.

The Left-wing push to draft women into the military left parents across the country in shock, including conservatives and even women. Only 38% support this very European idea.

One female sergeant, Jessie Jane Duffy, rebuked three GOP candidates who support women in the draft: “[They] bought into the Left’s argument that this is an equal opportunity issue. No, this is a combat readiness issue.”

Rubio tried to clarify his remarks, suggesting that he would not want women sent into the fiercest fighting combat. However, the only way to ensure women’s safety military is … not to draft them at all.

What do you think? Email me here at craig@electionforum.org

If you oppose drafting women into the military, please sign this petition today: “Don’t Draft Our Daughters!”