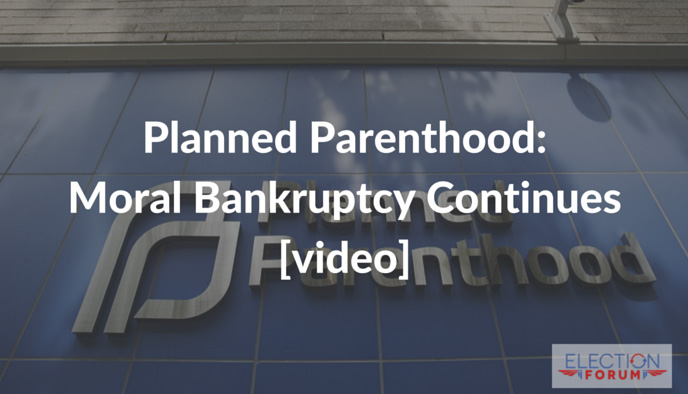 Cecile Richards, President of Planned Parenthood, even insisted that the organization was proud of their practice of being reimbursed for “tissue donations.”

Now, Planned Parenthood has decided to stop accepting reimbursements. In other words, they’ll still make the donations of body parts, but they won’t profit from them.

While they insist that their tissue donation and reimbursement program is completely legal and they have done nothing wrong, they still feel the need to change their policy after the release of these revealing videos.

Why? To run from the controversy.

Yet this change doesn’t really do much.

Tragically, that is not the case. The law doesn’t do nearly enough to prohibit the monstrous evil that Planned Parenthood is doing. They may reform their practices so that their baby body part donations are legal, but the practice is still just as morally reprehensible.

Tragically, Planned Parenthood will continue to murder babies and then harvest their body parts for research.

In fact, this change doesn’t even solve the problem of payment for baby parts. Because, if “prospective buyers” don’t pay for the costs associated with harvesting baby parts, then who does?  There are still costs that must be covered. If Planned Parenthood absorbs the cost, then will it be the taxpayer dollars going to Planned Parenthood that pays for this heinous practice?

Planned Parenthood’s troubles are not over yet.