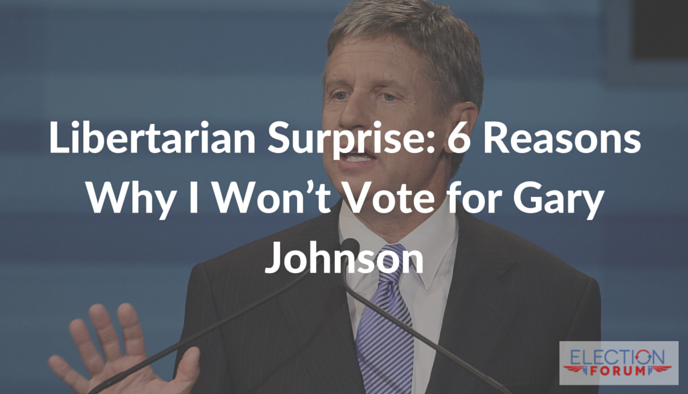 I stand for freedom.

I stand for free enterprise, for individual rights.

I stand for a person to be able to do, as long as he doesn’t hurt anyone else.

That has only been found in America, where our Declaration of Independence and Constitution has created more freedom, with an understanding that our rights come from God and not from Government, and not from men.

And that’s basically what Libertarians stand for.

They stand for as little government in the lives of people as possible, and as much economic opportunity for you to live your life as you see fit and ah

So, when the Libertarian Party came along in the early 1970s, it was interesting to watch. During the years when the party ran a candidate for President, there have been some interesting people whom I admire.

Great intellects, people who were strong advocates for individual liberty, who understand the free market very well, for example Harry Brown, Bob Barr, and Ron Paul. These men stood for protecting the rights of conscience.

These men stood for protecting life.

But the Libertarian ticket for Election 2016 is nothing like the previous candidates. I hardly recognize this party anymore because of some its current stances, which are not only offensive to me, but don’t line up with libertarian principles.

Here are six reasons why I will never vote for Gary Johnson for President:

Even with a stronger showing on national television, they do not have a real  chance of winning. Sadly, their stronger showing may assure Hillary Clinton’s victory in November, a progressive socialist whose record and rhetoric are the most statist of the three candidates running for President.

7 Comments on “Libertarian Surprise: 6 Reasons Why I Won’t Vote for Gary Johnson”