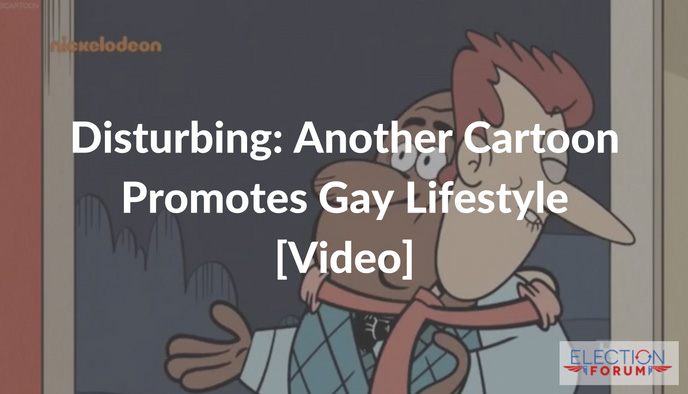 We’ve talked about how children are being forced to accept, in fact embrace the idea of a homosexual lifestyle.

It has also found its way into most of the network television programs.

Now it’s finding its way into cartoons and children programs.

And that’s what Nickelodeon Kids is doing with its latest cartoon “The Loud House”.

The cartoon network will feature the first same-sex couple!

Sadly, other cartoon and children-oriented channels have done the same thing, including The Disney Channel and Cartoon Network.

Check out the clip of the cartoon here.