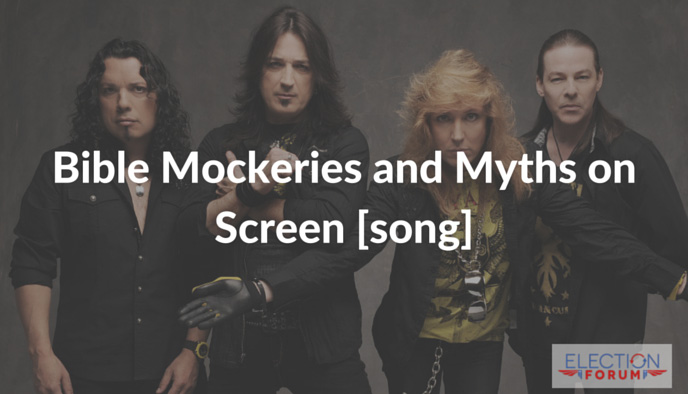 Hollywood loves to present distorted, perverted pictures of Christianity to the world.

Again and again, they take Bible stories and twist them into monstrous myths. They mock the Bible and blaspheme God.

And the church too often neglects to speak out against this. In fact, some well-known pastors and Christian celebrities applaud these films.

But not the rock band Stryper. They call out Hollywood for perverting the Bible in a new song called “Big Screen Lies.”

Some of the lies are disgraceful, blatant mockeries. Some are more serious attempts to explain away the truth of the gospel.

Here are some of the current Bible myths promoted by filmmakers:

6 Comments on “Bible Mockeries and Myths on Screen [song]”