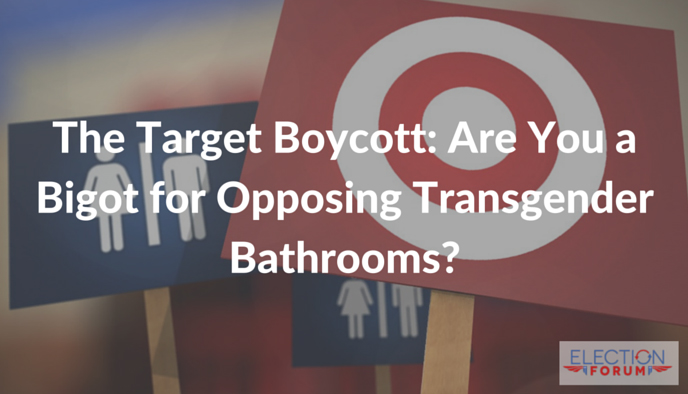 Since then, more than a million customers have pledged to boycott Target, fearing for the safety of their wives and children.

Instead of respecting the concerns of his customers, Target’s CEO Brian Cornell rebuffed these concerns at the company’s latest annual shareholders’ meeting.

“We’re a company that believes strongly in diversity and inclusion,” Cornell told his shareholders. He also emphasized his commitment to public safety.

Some shareholders have concern about the company’s bottom line. The store’s stock has already fallen fifteen dollars a share, and more stores are cutting hours.  If they had simply created more unisex, single-stall bathrooms, that shift would have attracted far less controversy.

In spite of these concerns, Cornell is keeping the transgender policy. The CEO even compared this fight to the Civil Rights Movement of the 1960’s, when individuals did not want to dress near people of a different skin color.

That comparison is offensive and false.

Are Americans bigots simply because they do not believe that men should be allowed to enter women’s bathrooms and fitting rooms?

Fearing for their safety and their opposition to the transgenderism movement, customers are boycotting the store in larger numbers. The American Family Association started a petition to #BoycottTarget, which 1.3 million people have already signed.

Check out this video, where pro-family protesters are lined up outside the annual Target shareholders meeting, which took place in Costa Mesa, California.

4 Comments on “The Target Boycott: Are You a Bigot for Opposing Transgender Bathrooms?”