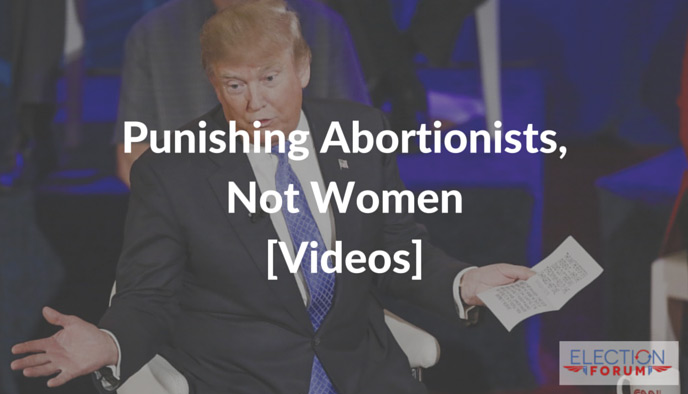 The pro-life movement wants to protect the unborn and promote adoption.

But Donald Trump misspoke and offended by suggesting women who have gotten an abortion should be punished.

Here are his remarks in an interview with Chris Matthews:

Here is a clear, good clarification on the issue by Mike Huckabee. About 8 minutes.

The President of the Family Research Council, Tony Perkins, gave his opinion on Trump’s missteps, too.

Now, tell me your thoughts! Email me at craig@electionforum.org