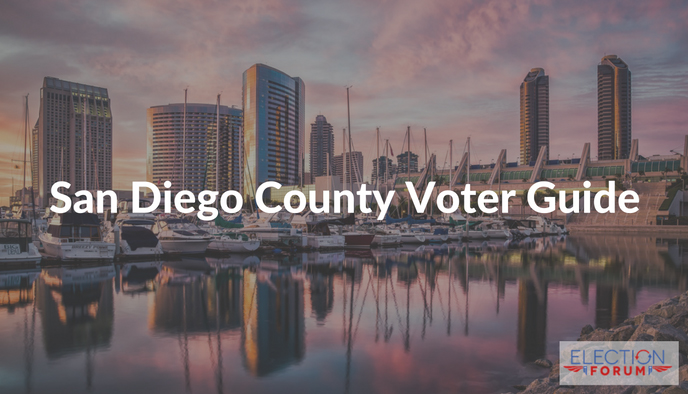 This Election 2020 San Diego County voter guide will help you cut through the rhetoric, election propaganda and biased media coverage of the campaigns. This guide ranks every aspect of a candidate’s record according to experience, integrity, and commitment to community.

In each district there are many conservative candidates running. In fact, it’s been difficult to make these choices. Because
many of you may know at least one of the folks running for this important office, in some races I have not selected six candidates, leaving room for you to add one or more if you choose to do so.

(Remember, you are not required to vote for six.
Vote for as many as you feel will represent your views.)

Measure A — Save our San Diego Countryside (SOS) Initiative

San Diego Unified Schools, Dist. E – No recommendation (Note: Sharon Whitehurst-Payne is endorsed by Bishop George McKinney and may be preferable to her Planned Parenthood-endorsed opponent.)

Board of Supervisors, District 2 – Joel Anderson

Board of Supervisors, District 3 – Kristin Gaspar