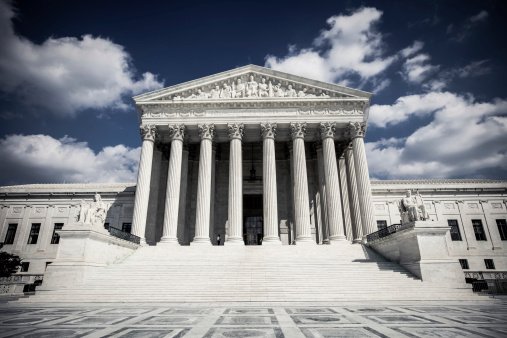 In a 5-4 decision, the U.S. Supreme Court stopped California from prohibiting:

This may seem like an April Fools joke, but Governor Newsom made it illegal for 12 months for Christians to pray, worship or have home Bible studies in California.

This ruling comes about a month after the Court issued an emergency injunction against California limits on indoor worship services.

This new ruling says it also applies to homes.

The petitioners noted that the current government mandated limit “does not permit an individual to gather with others in her own backyard to study the Bible, pray, or worship with members of more than two other households, all of which are common (and deeply important) practices of millions of contemporary Christians in the United States.”

“Californians can sit for a hair cut with 10 other people in a barbershop, eat in a half-full restaurant (with members of 20 different families) or ride with 15 other people on a city bus, but they cannot host three people from different households for a Bible study indoors or in their backyards.”

Lower courts with judicial activists had previously voted against Christians.

The court made four important points:

1. Government regulations are not neutral and generally applicable, and therefore trigger strict scrutiny under the Free Exercise Clause whenever they treat any comparable secular activity more favorably than religious exercise…it is no answer that a state treats some comparable secular businesses or other activities as poorly as or even less favorably than the religious exercise at issue.

2. Whether two activities are comparable for purposes of the Free Exercise Clause must be judged against the asserted government interest that justifies the regulation at issue…Comparability is concerned with the risks various activities pose, not the reasons why people gather.

3. The government has the burden to establish that the challenged law satisfies strict scrutiny. To do so in this context, it must do more than assert that certain risk factors ‘are always present in worship, or always absent from the other secular activities’ the government may allow…Instead, narrow tailoring requires the government to show that measures less restrictive of the First Amendment activity (such as masks, physical distancing, or less onerous size limits) could not address its interest in reducing the spread of COVID.

4. Even if the government withdraws or modifies a COVID restriction in the course of litigation [as California did in this case], that does not necessarily moot the case.  And so long as a case is not moot, litigants otherwise entitled to emergency injunctive relief remain entitled to such relief where the applicants ‘remain under a constant threat’ that government officials will use their power to reinstate the challenged restrictions.

The Supreme Court majority was not happy with the lower court rulings.

“This is the fifth time the Court has summarily rejected the Ninth Circuit’s analysis of California’s COVID restrictions on religious exercise,” they noted.

The Supreme Court with the new strict constructionist majority has been upholding religious freedom consistently.

Let’s be thankful for this ruling, for the new court majority and for our constitutional protections.

We have a one vote margin for victory….and we need it.