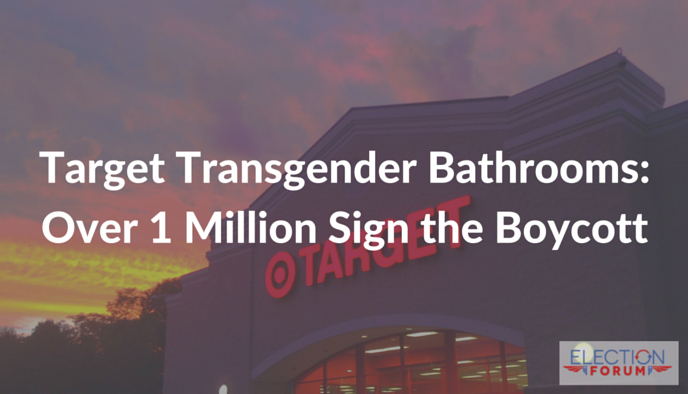 Big Business caves to left-wing social engineering once again, this time to the radical transgenderism movement.

Target announced that customers can enter the restrooms and fitting rooms according to the gender which they identify with, rather than according to their biological sex.

With this new policy, the Target Corporation is endangering women and children. But they would rather be politically correct.

Even worse, they call those who protest this policy “bigots”.

Watch a black supporter of the petition answer these attacks here.

See this man walk into a Target and ask if he can use the women’s room:

What do you think of this Target policy and the boycott? Email me at craig@electionforum.org

8 Comments on “Target Transgender Bathrooms: Over 1 Million Sign the Boycott”