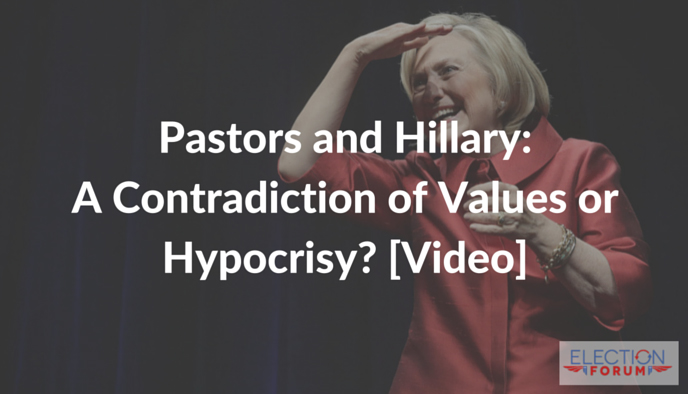 Instead of praying for Hillary Clinton to receive wisdom and guidance, they are claiming favor all over her.

But God’s favor does not rest on those who defy God’s grace and truth, and who reject God’s teachings and call them a lie.

For God, life is precious, which any Christian can see, from the Old Testament commandments against child sacrifice (Leviticus 18: 21 and Psalm 139: 13) to Jesus’ promise to all of us today and forever: “I have come that you might have life, and that more abundantly” (John 10: 10).

What is deeply disconcerting, however, is that an unofficial black “genocide” is still decimating these communities through abortion on demand. Black pastor Clenard Childress declared: “The most dangerous place for African-Americans is in the womb.”

Clinton not only defends abortion, but has asserted that religious values must adapt to permitting a woman to exercise her “right to choose”.

Her aggressive promotion of homosexual marriage should offend American Christians. African-American pastors are leaving the Democratic Party over its endorsement of this abhorrent and aberrant behavior.

4 Comments on “Pastors and Hillary: A Contradiction of Values or Hypocrisy? [Video]”