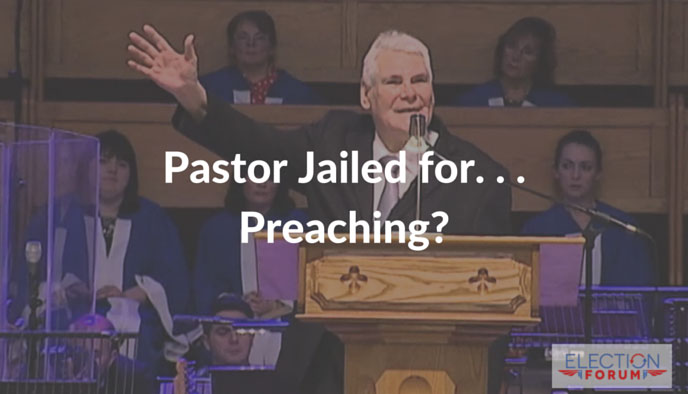 Pastor James McConnell of Northern Ireland has come under fire for calling Islam “Satanic”. The British Government has charged him with gross indecency through “improper use of a public electronic communications network”.

Freedom of speech, religion, and conscience is under attack like never before, and in a country where Christianity first took hold and spread across the world.

Despite his arrest and upcoming trial, McConnell bravely declares: “As I have said many times, I refuse to be gagged and if necessary, I will go to prison; but be assured, when I come out I will start again and preach the truth of the Gospel!”