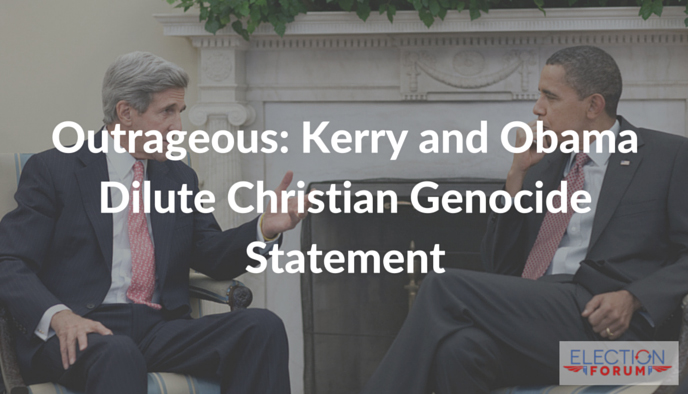 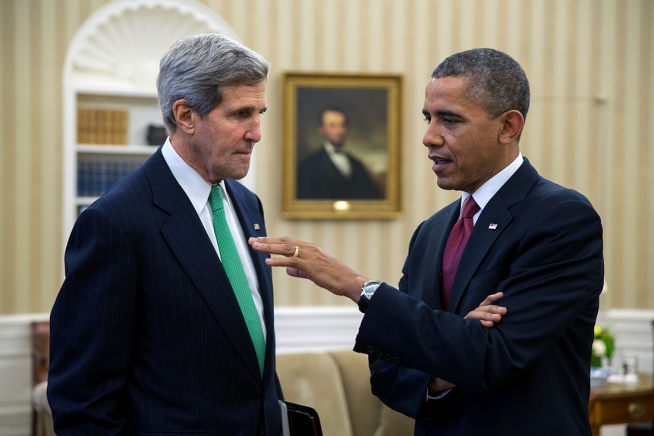 After years of pushing for a declaration that radical Islam is committing genocide against Christians in the Middle East, and being forced to be make a deadline decision by Congress, Secretary of State John Kerry spit in the face of Christians and reality.

In Kerry’s statement, while he admitted that there is genocide, he diluted it by saying it included Muslims. The purpose was to acknowledge a plain truth: Christians are targeted for crucifixions, beheadings, slavery. And the historic mass murder of Christians is unique and distinct.

In addition to that, he limited it to ISIS, when indeed it’s being done by Islamic Radicals, including Hamas, the Muslim Brotherhood, and much more.

The State Department’s statement of genocide against Christians and Muslims is an attempt to water down the fact that radical Muslims are killing Christians.

How devastating to our brothers and sister in Christ in the middle east, to see how apologetic and uncaring the Obama administration is!

The practical implication of this is Christian refugees, which are much different from the Muslim refugees, have no greater value or priority in help or refugee status.