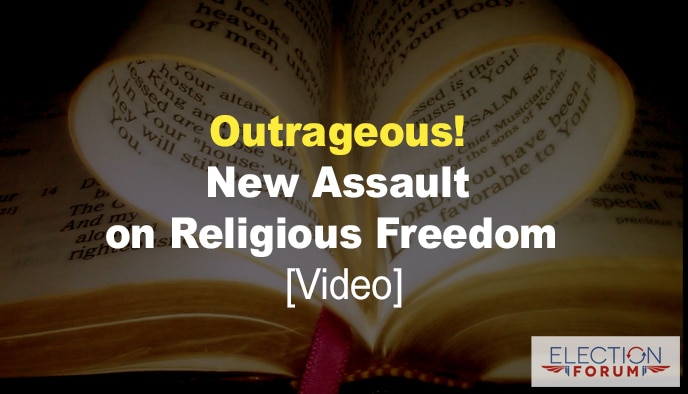 California and Pennsylvania have declared war on religious freedom…and nuns.

The Attorneys General from these two states are suing Little Sisters of the Poor, a Catholic charity that provides personal care for the elderly poor, the dying, and those who need care and have no place else to go.

Why are they suing?

The Catholic nuns led a lawsuit of more than a dozen religious nonprofit groups and universities against the Obama Administration, seeking exemption from the Affordable Care Act’s birth control mandate because it violated their religious freedom.

The lawsuit went all the way to the Supreme Court, which referred the case back to the lower courts and asked the administration and the nonprofits to reach a new agreement.

But the liberal Attorneys General have filed suit anyway.

Watch the 4 minute 20 second video below.