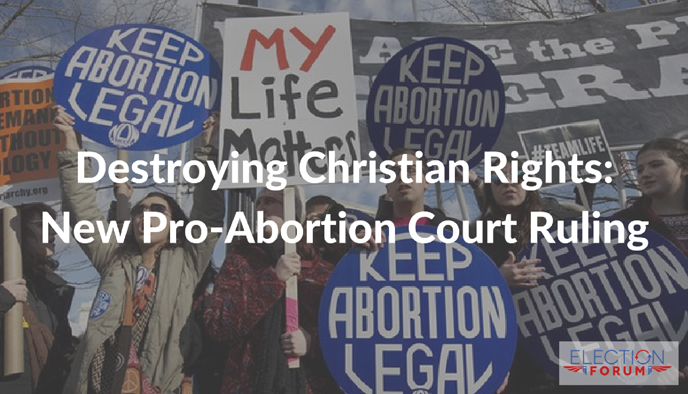 Radical, left-wing judges are attacking our rights and destroying our country.

The only way to stop them? Elect a good President who will appoint pro-life, pro-liberty, pro-constitutional judges.

The latest pro-abortion ruling from the 9th Circuit Court of Appeals should scare anyone who worries about rogue judicial activists on our federal benches.

They  9th Circuit just upheld a law which California recently passed: an abusive, anti-liberty, pro-abortion law which requires pregnancy and health centers to inform clients and patients how they get an abortion.

These centers have to provide this information, even if abortion violates the conscience of the institution and its employees!

In other words, businesses which are dedicated to promoting life must also explain to clients how they can end lives!

The opponents of this terrible law will appeal the court judgement to the United States Supreme Court.

Now more than ever, whoever gets elected President is so important. At least two or three justices will be appointed in the next four to eight years.

Christians are facing unprecedented persecution for their beliefs in this country. California’s latest law only makes it worse.

Anyone who chooses not to vote or votes third party could throw this election to Hillary Clinton, who in turn would appoint judges hostile to life, liberty, and the United States Constitution!