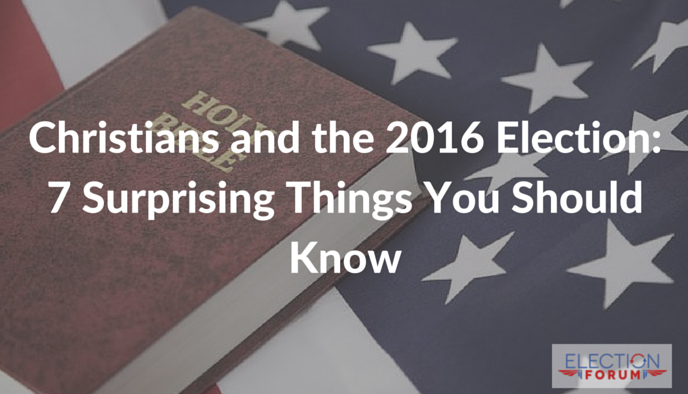 The Left and the Progressive Democrats cannot believe the size and power of the Christian vote in the GOP primaries, or how most candidates proclaim Jesus as their Lord and Savior … yes, proclaim it!

80% of the GOP Presidential candidates are born again, or Evangelical Christians.

Here are seven things you should know:

Trump and Rubio hit Cruz hard when they publicly—and unfairly—called him a “liar”.

The major Evangelical effort has been with Ted Cruz:

But his critics say that he will create a “theocracy”—False! And here is his answer … a dramatic declaration of his personal faith in Jesus Christ … and what he wants to do. Must see video – about five minutes.

Rubio prays. A Christian leader should be a man of prayer … Unashamed. Watch Marco Rubio confronted with an emergency praying for this person. Click here.

Most Christians have the protection of Israel as one of their top issues. Make like Cruz, Rubio, and Carson want to move the US Embassy from Tel Aviv to Jerusalem—which the United States should. They solidly stand with Israel.

But not all the candidates are strong. I was very disappointed in Donald Trump who said that he would stay neutral over the Arab-Israeli conflict in the Middle East. Cruz has affirmed his pro-Israel stance, as have Dr. Ben Carson and Marco Rubio.

As the US Senate Majority Leader in 1957, Lyndon Johnson tucked an amendment through Congress to silence Christians and pastoral critics. How?  By empowering the IRS to take away a church’s tax exemption status if they became “political”.

And it worked. It silenced the pastors from being the salt and light in the country, as they had been in the past.

Cruz and Carson want to abolish the Johnson Amendment. And now so does Trump. Here is a video of Trump saying “I want to give power back to the church.” Watch here.

Bernie Sanders is an agnostic who opposes religious liberty.

Clinton is pro-abortion, anti-religious liberty and uses Scripture to promote her views.

They both have been speaking at churches everywhere.

They both want the Christian vote, and have been speaking at “faith” outreach programs.

Every month one hundred top Evangelical leaders vote on their favorite Presidential candidate.

The latest results are here:

Jeb Bush: 5% [Before they dropped out]

Carly Fiorina: 5% [Before they dropped out]

Let your voice be heard, too! Vote here in our presidential poll! Click here.

What do you think? How do you think Evangelical voters will turn out in the primaries to come?

Email me your thoughts at craig@electionforum.org

4 Comments on “Christians and the 2016 Election: 7 Surprising Things You Should Know”