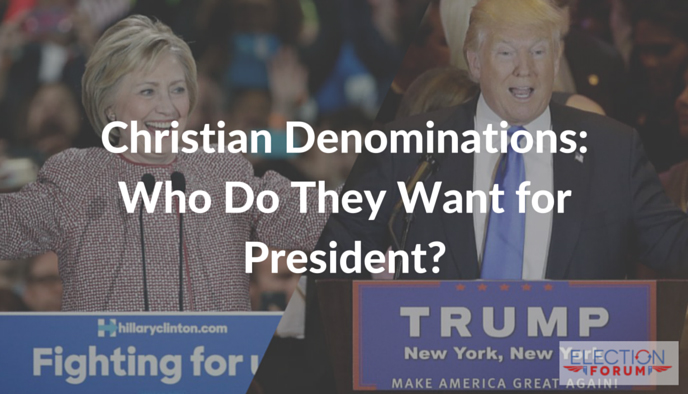 Agnostics, atheists, and “no religion” are moving toward Hillary Clinton (68% vs. 26%)

Right now, Trump is scoring lower with Evangelicals than George W. Bush, John McCain, and even Mitt Romney during their Presidential campaigns. With Mike Pence as his VP pick, Trump’s poll numbers with evangelical voters will probably improve.

7 Comments on “Christian Denominations: Who Do They Want for President?”