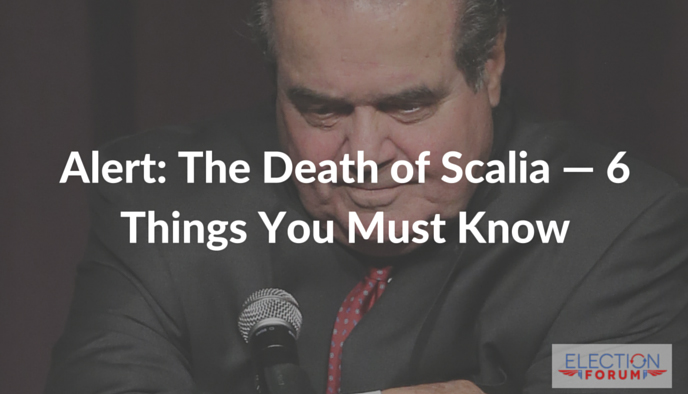 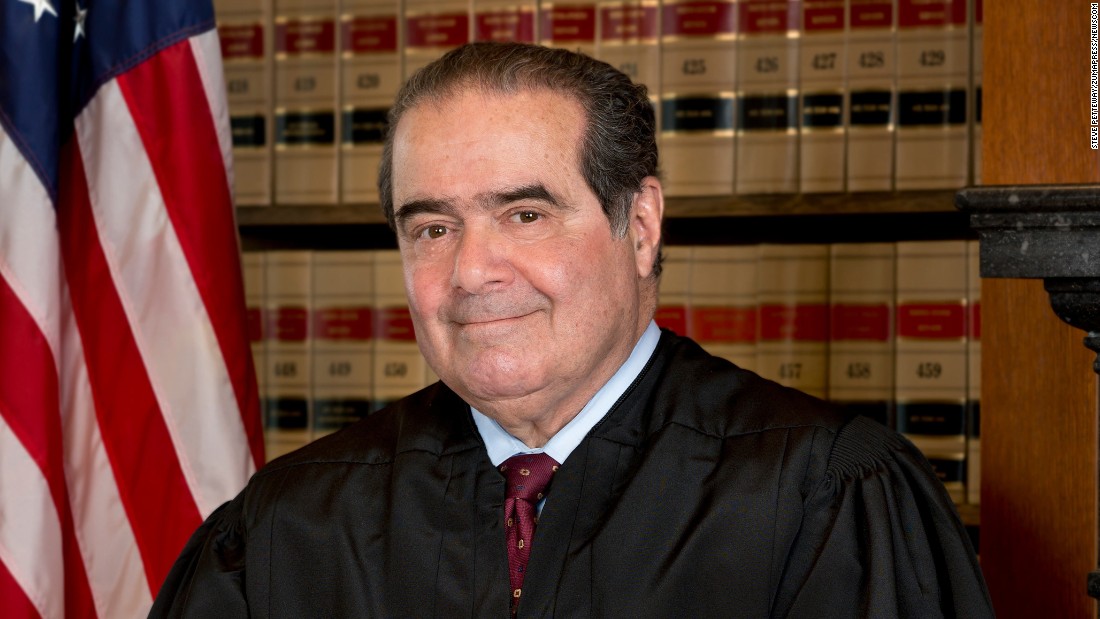 With the death of Supreme Court Justice Antonin Scalia, everything politically and economically changes.

This powerful intellectual defender of the Constitution was the leading voice and vote for freedoms of speech and religion, as well as fighting to preserve the moral fabric and legal integrity of this country.

With the ongoing attacks against religious liberties, we have lost an ally.

Following our gains to limit and stop abortion, we have lost a friend.

President Ronald Reagan specifically appointed this libertarian/conservative leading judge, whose influence endured for 30 years. A strict constructionist who opposed judicial activism (legislating from the bench), his voice, his vote, his understanding of the Constitution must be replaced with someone like him. Here are six things you should know:

A liberal/progressive President could lead to a like-minded a judicial tyranny that stomps out our First and Second Amendment Rights, the erosion of free enterprise and so much more. It would harm a generation of Americans, and lead to the further decline of the United States.

The following Presidential candidates have outlined who the next Supreme Court Justice should be:

a. Bush, Kasich, and Trump: no principled litmus test. Bush has even stated that he does not care about this next appointment.

b. Hillary Clinton and Bernie Sanders have liberal litmus tests, and want President Obama to appoint the next Justice.

c. Cruz: The next Justice must be a strict constructionist: pro-life, pro liberty, pro-Second Amendment, etc.

d. Rubio and Carson have not provided specifics on whether they would apply litmus tests to future appointees.

A third appointee from Barack Obama would give the court majority voting bloc a disturbing, liberal edge, and further erode our rights and liberties under the Constitution for 10, 20, maybe 30 years.

The fight over the next Supreme Court nominee proves once again that the Judicial Branch of the federal government has taken on too much power.

Unless the court sets aside the cases, here is what might happen:

a. Friedrichs v. CA: The five strict constructionists would have struck down forced union dues from non-union employees, thus crippling labor unions and their political power.

b. Fisher v. University of Texas at Austin: Can race be used as a factor in college admissions? This case could further reduce affirmative action in university enrollment.

c. Zubik v. Burwell: Does a religious organization have to provide contraceptive health care to employees in the company’s insurance coverage?

“One of the greatest jurists of our age. He was a terrific thinker with a fluid pen. Most importantly, he was a devout believer in Jesus Christ. Many of the nation’s most impressive attorneys stood before him. Now the justice stands before the ultimate Judge of the world. He attempted to save our Constitution. Now his faith his Lord and Savior has saved him.” – Jim Daly, President, Focus on the Family

“A true friend of ordered liberty and of all Americans. The most vocal and passionate voice on the Supreme Court for religious freedom, the sanctify of life, and marriage and family over the past three decades.” – Alan Sears, CEO and General Counsel of Alliance Defending Freedom

Now more than ever, Americans need to get out to the polls. They are not just voting on the next President, but also the composition of the Supreme Court for the next generation.

2 Comments on “Alert: The Death of Scalia — 6 Things You Must Know”