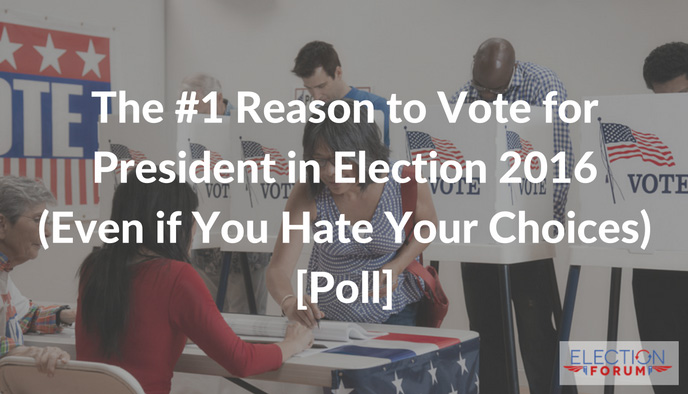 Among the many choices, one stands out above all the others:

Unelected judges are transforming America for the worse.

The Court may currently face a 4-4 split, but swing vote Justice Kennedy—and possible some of the other members–cannot be trusted. He can swing to the left and join the other liberal judicial activists at any time.

Hillary Clinton has pledged only to appoint liberal, judicial activists who will promote assaults on religious liberty, destroy laws relating to restrict abortion, and more.

As for Gary Johnson and William Weld …

The VP candidate has indicated that they would appoint justices like the liberal Stephen Breyer and Merrick Garland, a candidate nominated by President Obama to replace Justice Scalia, but blocked by the U.S. Senate.

Theoretically, a Johnson-Weld administration would appoint limited government strict constructionists, but there is no guarantee, since the part has caved on defending religious liberty, life, and state sovereignty.

This election matters. The next President could appoint as many as two to four justices to the Supreme Court. Those justices will have an impact on this country greater than Congress or the President. Their decisions could ruin this country for a generation and undermine our constitution!

Please vote for the Presidential candidate of your choice here.

Tell me what you think? What is your main issue for this election? Email me at craig@electionforum.org