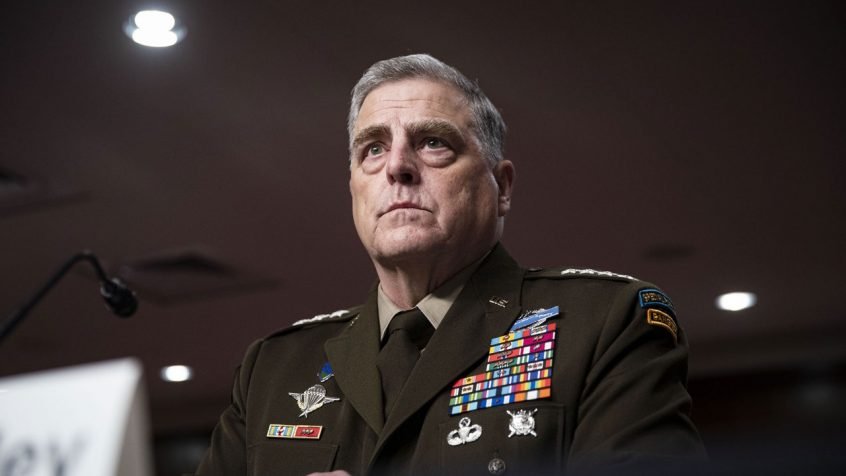 The leadership of our own U.S. military is becoming one of the biggest threats to freedom and our Republic.

The failure of the Generals and top military leadership in Afghanistan is just a horrific outcome of their political policies.

Here are 4 things every American should know.

#1. The military under President Biden has been doing four dangerous things to our soliders:

From the top Generals down, the military is trying to politicize and change the military. There are three ways they are doing things.

The top Generals have put a new initiative on politicizing the new recruits. Watch these shocking video promotions – a contrast of the U.S. vs. our potential enemies.

This is one of the new outreaches that are political. In this commercial, it tells the story of corporal Emma Malonelord who was “raised by two supportive mothers” and goes on to operate the nation’s missile defense systems.

“It begins in California, with a little girl raised by two moms,” Ms. Malonelord says in the clip. “Although I had a fairly typical childhood – took ballet, played violin, I also marched for equality. I like to think I’ve been defending freedom from a young age.”

The animation flashes to a frame of an LGBT+ pride parade, with the young girl and her mothers in attendance.

The video then illustrates one of Ms. Malonelord’s mother’s recovery from an accident that left her paralyzed with the parent “eventually standing at the altar to marry [her] other mom”.

Watch these two videos. Who is really serious about winning a conflict?

#3. General Mark Milley is the Chairman of the Joint Chiefs of Staff – and he is a failure in Afghanistan – but much more.

General Milley is providing the leadership for politically transforming the military into a monolithic, ideological pro-socialist military.

It reflects his own biased, political views.

For example, he has compared supporters of President Trump to Nazis.

He claimed that Trump was preaching “the gospel of the Fuhrer” when he challenged the 2020 voting integrity.

“The General’s worries grew rapidly as the president plunged the nation into chaos following Election Day. Seven days later, Milley got a call from “an old friend” with an explicit warning that Trump and his allies were trying to “overturn the government.”

Milley told Michelle Obama on Biden’s inauguration day that “no one has a bigger smile today than I do. You can’t see it under my mask, but I do.”

Congress also held a special investigation on how Milley is transforming the military.

He caught Senators by surprise when he defended the training of soldiers in political correctness such as Critical Race Theory.

3 Comments on “U.S. Military: Top Generals’ Politicized Leadership a Danger to Freedom and our Republic – 4 Things You Should Know, Despite Biased Media Silence [Video]”