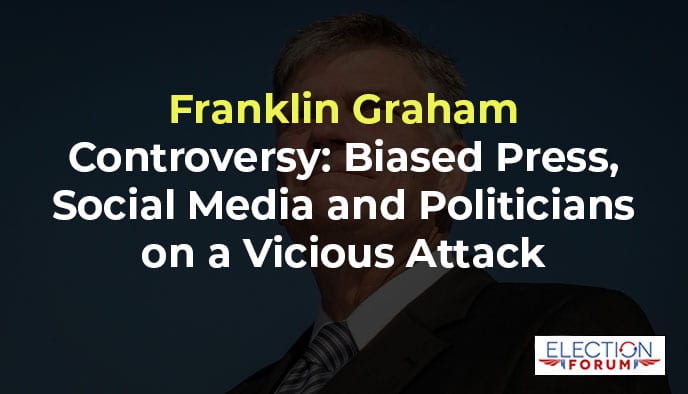 Franklin Graham is under attack as never before.

The media has distorted what he said.

Social media is trashing him.

The politicians are attacking him.

So, when presidential candidate Pete Buttigieg claimed he was a better “Christian” than President Trump … and was closer to God because of his same-sex marriage, Graham spoke out.

In a series of 3 tweets, Graham said:

Presidential candidate & South Bend Mayor @PeteButtigieg is right—God doesn’t have a political party. But God does have commandments, laws & standards He gives us to live by. God doesn’t change. His Word is the same yesterday, today & forever. 1/3 https://t.co/QHDNY3pwzJ

Mayor Buttigieg says he’s a gay Christian. As a Christian I believe the Bible which defines homosexuality as sin, something to be repentant of, not something to be flaunted, praised or politicized. The Bible says marriage is between a man & a woman—not two men, not two women. 2/3

These tweets have set off a firestorm of criticism … and accusations of hypocrisy … because of Graham’s support of President Trump.

Also, did you read my article about Pete Buttigieg? Click here.

And be sure to vote in our presidential poll, if you haven’t already done so. Click here.