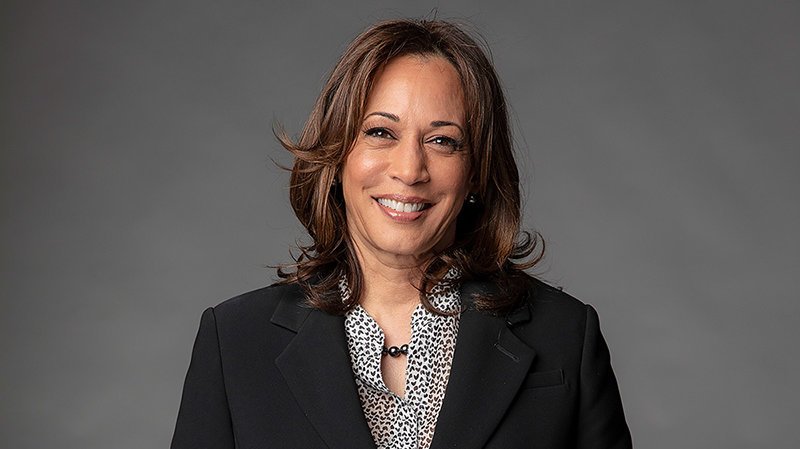 Little is known about Kamala Harris, our new Vice-President.

Here are 8 surprising things every Christian should know:

1. The vice president pick for 2020 is historic…in three ways.

Reason #1: The vice president could become the president in case of death. This has happened 8 times in U.S. history – including:

With Joe Biden at 77 – the oldest candidate ever to be elected president – it’s a possibility.

Incidentally, when the next presidential term ends Biden will not run again at 81. That means that in 2024 Harris will probably receive his or her party’s nomination for president.

#2. She is the first woman to be the Vice President.

She is the first Socialist to be Vice President.

She is the first woman of color to be Vice President.

Harris has been a leader advocating for socialism and forced redistribution of wealth. She believes in the growing power of the government – or state – to force compliance for her ideology.

As Attorney General of California, she used the power of government to trample individual rights and to limit free speech.

For example, she unfairly prosecuted a pro-life undercover reporter whom she disagreed with and disliked his because of his videos showing Planned Parenthood selling body parts.

#3. Harris is the most pro-abortion Vice President ever.

Harris was the most pro-abortion Senator in Congress…including opposing saving babies born alive.

When Harris was asked about the judicial activism of the Roe v. Wade decision allowing abortion nationwide, she said:

“I will always fight for a woman’s right to make a decision about her own body. It should be her decision.”

Kamala Harris supports taxpayer funding of abortion all the way up to the moment of birth…and wants to increase taxpayers funding of Planned Parenthood of America.

The Constitution doesn’t specify how many justices must sit on the Supreme Court.

Because President Trump nominated three strict Constructionists judges to the Court who believe the Court’s constitutional duty is to interpret the constitutionality of legislation and not create law from the bench.

Harris is in favor of judicial activism and wants to add more justices to the Supreme Court to undo what Trump did.

In order to shift the Court into an activist, legislative body.

#5. Harris’ religious views are a blend of ideas, not Christianity.

She’s been exposed to a mixture of Hindu, Christian and Jewish beliefs. Whatever “faith” she may have is her own brand of secular humanism with some San Francisco bay area religious undertones mixed in.

#6. Harris wants to impose another lockdown and mandatory mask wearing.

The economy: jobs, income and opportunity.

Harris blamed Trump for the COVID shutdown and the resulting economic fallout.

Harris is for tax increase and has shown no intent in balancing the budget or reducing the federal deficit.

Mike Pence brought up the biggest scandal in history: the FBI spying on the Trump campaign and the ongoing Russia-collusion investigation that continued after the 2016 election and for the first 3 years of the Trump administration.

It’s now known that the entire Russia collusion hoax was concocted by the Hillary Clinton campaign to divert attention from the FBI investigation of her email scandal.

4 Comments on “8 Surprising Things Every Christian Should Know About Kamala Harris: The Most Powerful Vice President Ever?”