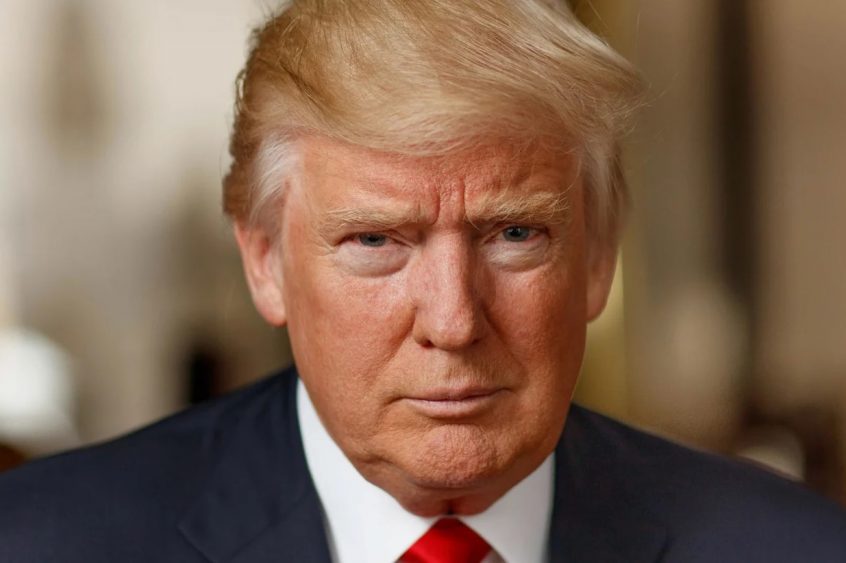 The Department of Justice (DOJ) has become a politicized bureaucracy engaging in political activity.

It’s a bureaucracy weaponized against political opponents like you’d see in a third world nation.

Instead of pursuing justice, they are pursuing a political agenda.

Instead of looking objectively at fact, they are looking at reality as an illusion, through a radical political narrative.

Here are 5 things you should know about the DOJ abuse of power:

#1: The DOJ and FBI Targeted a Former President, for the first time in history.

In an unprecedented and purely partisan display of abuse of power, the DOJ and FBI was used to attack and harass President Donald Trump. The Biden Administration approved the DOJ and FBI to raid President Trump’s home in Florida.

Dozens of armed agents entered Trumps home and searched through the house, retrieving 15 boxes of what they claim are classified documents that belonged in the National Archives.

They also broke into a safe and took the contents, even though the safe was not specified in the warrant.

The raid comes on the heels of the January 6th hearings, which have turned up nothing, and a Justice Department investigation of Trump for his efforts to investigate the results of the 2020 presidential election.

#2. The Department of Justice (DOJ) has become the political arm of the Democratic Socialists — Key Target Steve Bannon.

The Department of Justice, including the FBI has actively engaged in going after conservative activists, politicians, journalists, and those who do not agree with them or support their agenda.

Bannon was charged with 2 counts of contempt of Congress in 2021, for ignoring subpoenas to appear before Nancy Pelosi’s January 6th committee.

Filled with partisan congress people who want to destroy conservatives, they threatened to target key conservatives with lawsuits and DOJ action.

The biased judge gave a pre-trial ruling, saying Bannon could not say that he was following the advice of his council or plead Executive Privilege not to testify before the committee. He was also banned from calling witnesses from the House Jan. 6th committee.

Then with a jury that is from Washington D.C. a town that voted over 94% for Biden…  Bannon was found guilty. It was a political railroad.

Bannon used “Executive Privilege” as a reason not to testify.

Others have used “executive privilege” and have never had the problems Steve Bannon is facing.

For Example, Obama Attorney General Eric Holder was cited but not indicted for ignoring a congressional committee’s investigation for his oversight on a gun running program known as Fast and Furious. If you remember that’s where guns that he allegedly sent to Mexico were used to kill a border patrol agent.

There hasn’t been a person charged with “contempt of Congress” since 1983, and it’s something that’s done very rarely.

It’s been 3 years since Bannon left the white House and he had nothing to do with the White House during the Jan 6th “riot” at the Capital building.

#3. The DOJ’s Attack on Peter Navarro who was part of the Trump’s Administration and economic team

Peter Navarro was also unfairly arrested at a Nashville airport, for “contempt of Congress”. In fact, he was put in handcuffs and leg irons because he ignored the Jan 6th committee to appear.

And it never happened to Democrats only Republicans

The Gestapo like tactics of the socialists in the DOJ and FBI continue to target conservatives who are fighting back against the politicized Deep State Democrat machine.

Not only have they targeted former U.S. President Donald Trump and his associates, they have also targeted Congressman Scott Perry of Pennsylvania.

The FBI seized the Rep.’s cell phone the day after Trump’s house was raided, when he was traveling with his family. There was no explanation as to what they were looking for.

“My phone contains info about my legislative and political activities, and personal/private discussions with my wife, family, constituents, and friends. None of this is the government’s business,” Perry said.

Perry is the Freedom Caucus leader — the most consistent and powerful congressional opposition to socialism.

This is an outrage and clearly a weaponization of the DOJ and FBI for political purposes.

The DOJ also ordered other conservatives to have their cell phones confiscated, their homes searched, and their lives threatened.

It’s to silence and put fear into political opponents.

And there’s a double standard.

For example, Democrat Lois Lerner was able to get off the hook by taking the 5th.

Democrat Greg Craig was set free, although he did the same thing conservative Paul Manafort went to jail for.

But Michael Flynn went to prison and lost everything, and all the charges against him was a setup.

And of course, CIA Chiefs John Brennan and James Clapper lied to congress and neither of them were indicted or faced consequences—a double standard.

This is not justice.

It’s the weaponization of government against the opposition.

It’s time to completely clean house… It’s time to start from scratch because the DOJ/FBI are too corrupt to reform and make clean.

One Comment on “Department of Justice Political Persecution: The Crazy Growing List of Political Opposition Unfairly Being Intimidated, Jailed and Threatened with Prison — 5 Things Every American Must Know [Video]”