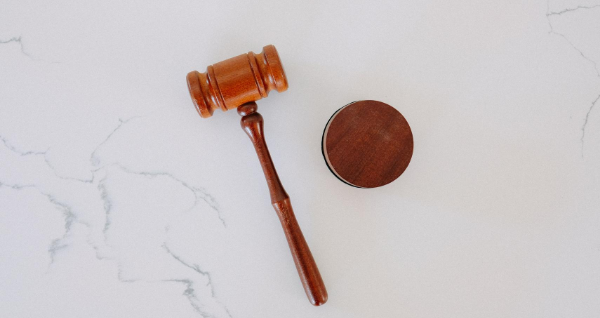 The last couple of months we have seen a lot of activity by the U.S. Supreme Court.

Some good. Some bad.

The bad has been very bad.

The good has been very good.

Most of the cases have been decided by only one vote.

What is very clear by the disappointing decisions of the current Supreme Court is we need one strict constructionist to stop the judicial activism.

A strict constructionist interprets the constitution. A judicial activist legislates from the bench…not what the court is supposed to do.

How do we get one more, strict constructionist on the Supreme Court?

One, the President must appoint someone to the supreme court when there is a vacancy. This means whoever is President in 2021 will most likely appoint two, or maybe three judges.

This is due to the health and age of the current judges. Two or three judges will be resigning or dying in the near future.

Two, it is critical that the U.S. Senate confirm the President’s choice.

President Trump has barely been able to get a Supreme Court nominee approved by the Senate because the Senate is so divided.

That is why we should elect Senators who will not compromise on their position on voting only for a strict constructionist.

We lost an important case related to the definition of sex and gender under the 1964 Civil Rights Act. A very important religious liberty issue

With this court case, the judges made law out of opinion.

With numerous attempts at the state and national level to apply gender as the same civil rights status sex has always been defeated in Congress.

A change of this magnitude that has huge implications to members of faith and much more, should be passed by legislation, not unelected judges.

Instead, the supreme court underwent judicial activism. They have opened the door to some terrible new threats to religious liberty.

The recent decision to reverse a Louisiana law that should have remained law is disturbing. The great disappointment in this case was Chief Justice John Roberts, Jr. It was tragic for him to make a decision that furthered abortion.

The Nuns were back in court with so much time and money wasted. The court made the right decision to protect the freedom of those who worship.

The problem was Obama Care was passed and required religious organizations to be included in the contraception mandate, which included churches. The expansion had removed the right of employers based on religious conviction and conscience to opt out of covering contraceptives included in their employee’s insurance plans.

For over 150 years, the Little Sisters have engaged in faithful service and sacrifice, motivated by a religious calling to surrender all for the sake of their brother. But for the past seven years, they – like many other religious objectors who have participated in the litigation and rulemakings leading up to today’s decision – have had to fight for the ability to continue in their noble work without violating their sincerely held religious beliefs.

Incidentally, Joe Biden’s response was he would do all he could as president and with the appointment of judges to do away with the previous Hobby Lobby ruling and this case.

4. Protecting the Rights of Churches and Religious Organizations to be exempt from the federal employment discrimination laws decision.

This was a good decision.

This is what Judge Samuel Alito said:

Judicial review of the way religious school discharges those responsibilities would undermine the independence of religious institutions in a way the First Amendment does not tolerate.

The Court’s abysmal ruling on Title VII, in which it redefined the term “sex” in order to expand anti-discrimination laws to include sexual orientation, this latest ruling helps to provide needed protection for churches and religious institutions so they can freely employ those they deem consistent in maintaining and upholding their religious practices and convictions.

This helps to soften some of the blow from the first court case.

Here is what you can do:

The U.S. Supreme Court could have put an end to the unconstitutional violation of the First Amendment with shutting down or restricting church services.

Nevada has opened-up casinos and theaters for 50% capacity, but not churches.

It is a double-standard. Caesar’s Palace has greater rights than a church.

The church asked for an emergency injunction to open. Admittingly, this is an unusual request.

But this is an unusual constitutional violation of Supreme importance.

The four judicial activists have been joined by Chief Justice Roberts.

Another devastating disappointment by Justice Roberts.

Neil Gorsuch in his dissent said: “In Nevada, it seems, it is better to be in entertainment than religion. Maybe that is nothing new, but the first Amendment prohibits such obvious discrimination against the exercise of religion. The world we inhabit today, with a pandemic upon us, poses unusual challenges. But there is no world in which the Constitution permits Nevada to favor Caesars Palace over Calvary Chapel.”

When a new supreme court judge is up for nomination, pray for the President and the Senate to make the right choice.

3. During the November election you will have the opportunity to elect the next president who will appoint a new judge.

Probably the most important reason to vote for president is the supreme court. Whether you like the candidate or not, this is nonnegotiable.

5. You could donate to our Turn America Around Fund so that we can support those senators.

Your support now is critical.

CLICK HERE to donate to help Turn America Around.

Watch this interview with John Easton talking about the Supreme Court and the docket decision…and, also predicts which vacancies will be available in the upcoming new appointees.