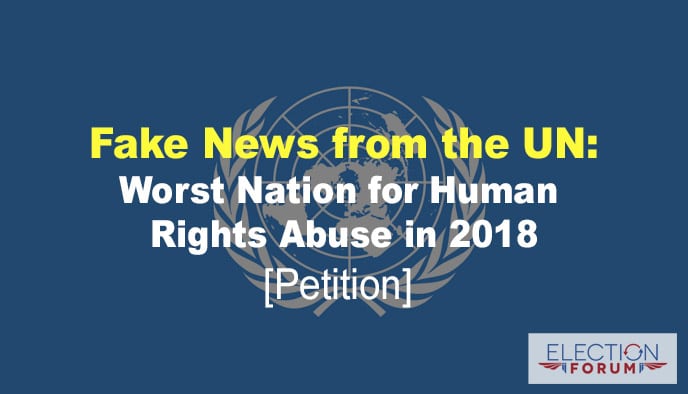 The United Nations approved 27 resolutions in 2018 condemning various human rights abuses by countries around the world.

It’s no surprise to see countries such as Syria, Russia, Iran, North Korea and Myanmar (Burma) on the list.

But was Syria the most denounced nation in 2018? No.

In the “infinite wisdom” of the UN, Israel ranks as the worst nation in the world for human rights abuses … with 21 condemnations out of the 27 issued last year!

Nor was the UN willing to condemn Hezbollah’s terror tunnels.

Sign our petition to stop funding the anti-Semitic United Nations.

One Comment on “Fake News from the UN: Worst Nation for Human Rights Abuse in 2018 [Petition]”