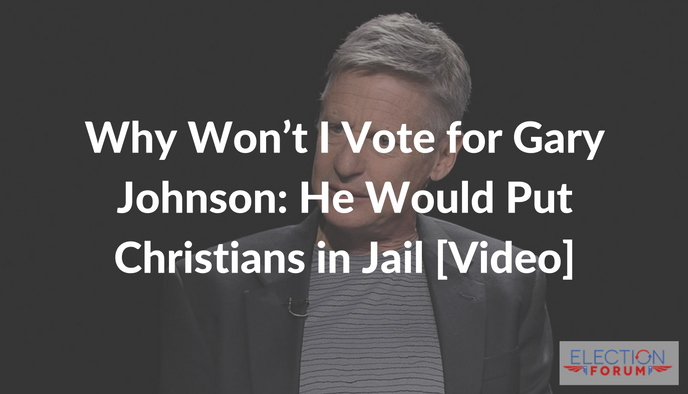 Last month, I wrote an article which generated quite a stir.

Libertarian Surprise: 6 Reasons Why I Won’t Vote for Gary Johnson

One of the key reasons I mentioned in the article was that Johnson is taking a very non-libertarian position on religious freedom.

In fact, he is choosing a very statist, collectivist position that violates the fundamentals of a free society.

He will not protect religious liberty.

He won’t defend the First Amendment.

Johnson has argued that protection of religious liberty and freedom of conscience is a “black hole”, which could lead to more discrimination against other groups for a variety of reasons.

In reality, though, his comparisons on the matter are all wrong.

If an individual chooses not to offer certain business services because it would violate that person’s conscience, that is a private decision.

It’s the foundation of our Constitution. It’s what the American Revolution was all about!

If a Christian decides not to prepare a wedding cake for a gay wedding, that is their choice. It’s about proprietary rights, and it’s about not participating in certain activists. 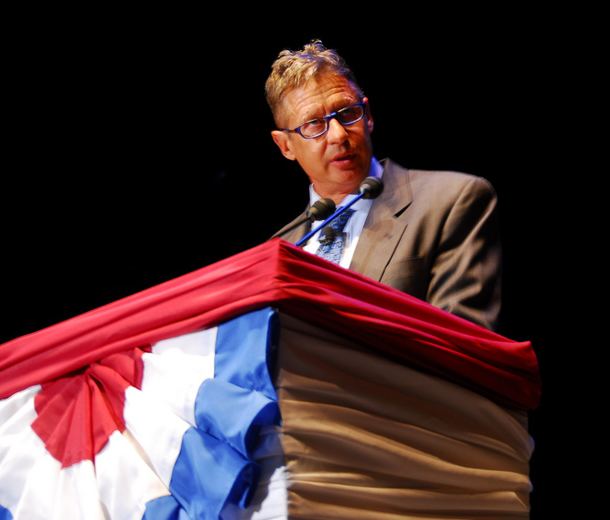 And yet … Gary Johnson, the nominated Libertarian candidate for President, has actually declared that it is the government’s job to protect us from discrimination. He believes that the role of the state includes imposing a set of beliefs of a select group on everyone else.

That is not a limited government stance. That is a form of tyranny.

This is about more than whether someone should be forced by Big Brother Government to bake a cake for an activity that they object to on moral grounds.

This is about forcing Christians to abandon their views from the public square entirely.

Consider what happened to these Christians:

There are hundreds under attack now, and they are growing.

For Gary Johnson, though, our First Amendment rights are not as important as preventing “discrimination” … except against people of faith.

Listen to Johnson explain his pro-growth, anti-freedom views in the Libertarian Party debate in Nevada:

And Listen to his interview with Glenn Beck last week here:

What do you think? Email me at craig@cdmginc.com.

4 Comments on “Why Won’t I Vote for Gary Johnson: He Would Put Christians in Jail [Video]”