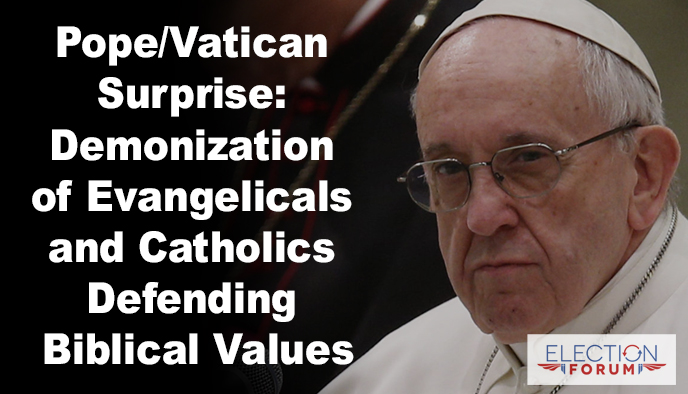 Evangelical Christians and conservative Catholics were surprisingly just attacked by the Vatican.

He claims the conservative worldview promotes division and hatred.

Spadaro fears evangelicals have a dangerous outlook that divides the world into only good and evil, providing a type of “apocalyptic geopolitics” advocated by such luminaries as White House adviser Steve Bannon, a Catholic.

He also believes this mix of religion and politics inspires “an ecumenism of conflict” that demonizes opponents and promotes a “theocratic type of state.”

He accused activists of promoting a xenophobic and Islamophobic vision that wants walls and “purifying deportations.”

It should be noted that articles in La Civilta Cattolica are reviewed and approved by the Vatican Secretariat of State. The publication is seen as an unofficial mouthpiece of the papacy.

Spadaro’s critique is also aimed at America’s Catholics who have fought for religious exemptions from gay marriage laws and other measures church leaders consider immoral.