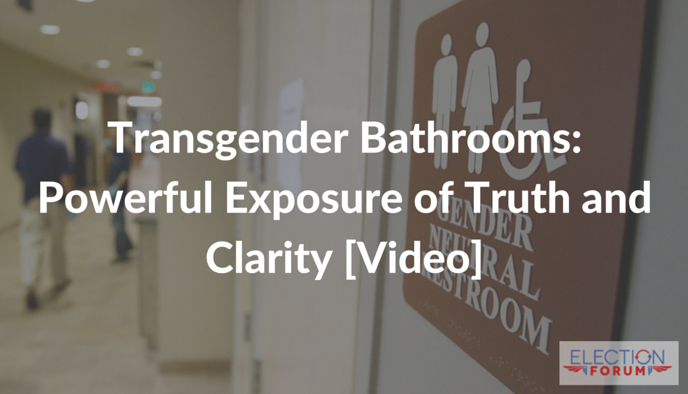 Or going into a girls’ bathroom?

This is moral insanity … and dangerous!

In the last issue, I looked at President Obama and the Target Corporation’s agenda to allow men into women’s bathrooms as part of an “inclusive” transgender policy. Click here to read it again.

But I thought you should see a powerful video on this latest front of the culture wars.

You can see a 4-minute interview here: