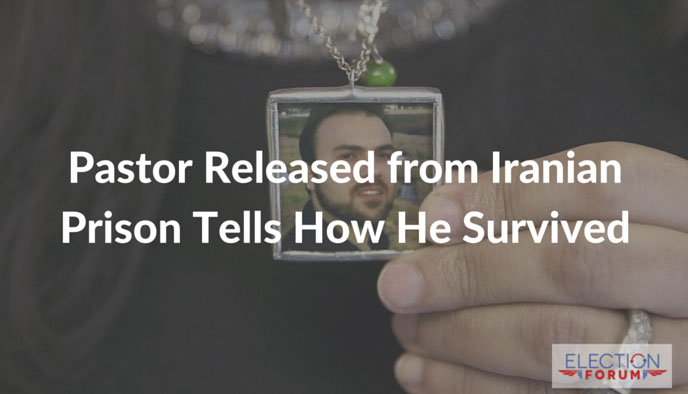 After three years’ confinement, Pastor Saeed Abedini has been released from an Iranian prison.

He faced unparalleled torture. After one spate of abuse, Saeed’s stomach began bleeding. His prison guards later warned him that after his release, they would still follow him.

Yet throughout his painful ordeal, the Idaho-based pastor never ceased praying. “Each day, for hours and hours, sometimes more than 20 hours, I just prayed. The best thing I could do over there was pray.”

Abedini shared on Fox News that he was imprisoned for his Christian faith, even though the Iranian government claimed he was trying to overthrow the state.

Check out his interview with Greta van Susteren of Fox News here.

Read about Pastor Saeed’s moment of prayer with fellow pastor Franklin Graham and his parents here.