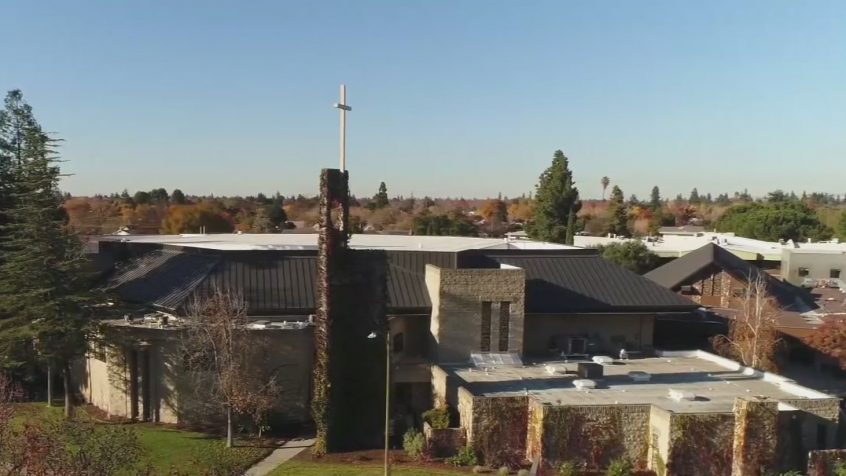 Courage to do right.

Not bowing to Caesar.

These are a few of the terms applicable to Pastor Mike McClure of Calvary Chapel San Jose.

Like hundreds of other pastors, including Pastors John McArthur, Rob McCoy, Jack Hibbs and Ken Graves, these pastors had the courage to stand firm in the face of persecution from the government because they refused to close their churches…they opened them in defiance of an unconstitutional mandate.

Sadly, Mike McClure still needs our help and the support of Christians across America in his fight for religious freedom and against anti-Christian government tyranny.

1. The new assault is like a Nazi attack on freedom.

The county of Santa Clara California is still attacking the church, but now in Orwellian ways that strike at the heart of a free country and religious liberty.

Here is some of what they are doing:

2. Now the battle against the church escalates to the state level.

The above should make you mad and sick.

They want to look at the church’s COVID policies and the Christian school the church operates.

They are looking for a problem.

And any bureaucrat can find a problem – especially a bureaucrat with unlimited financial resources and time to bleed a victim for years.

3. Flashback: Early in the pandemic, Pastor McClure opened his church doors and the persecution began.

California Governor Gavin Newsom imposed lockdown restrictions on people of faith for over a year in California. It was political persecution, not science, that led to outlawing church services, ministry meetings, prayer groups and even home Bible studies.

Newsom’s reign of terror against the church only stopped when the Supreme Court of the U.S. ruled to end the ban on indoor worship.

During this time, pro-socialist Santa Clara County imposed over $3 million in fines against Calvary Chapel San Jose and Pastor McClure for opening its doors.

4. The war against Christians at Calvary Chapel San Jose continued despite the Supreme Court decision.

Churches across California immediately opened up. Those who opened illegally (but not unconstitutionally) had their fines eliminated, their lawyer fees paid for by the county and state governments… and were given compensation.

But not Calvary Chapel-San Jose.

Instead, the county still is trying to collect $3.8 million from the church unfairly.

Further, they still are declaring “indoor gatherings of all kinds risky” though told by the Supreme Court it’s not Constitutional.

Despite the attacks and harassment, Pastor McClure and the church is all about teaching God’s Word, ministering to the broken and hurting, serving the community, and advancing the gospel.

They will not give up.

And the church has quadrupled membership since the pandemic. God has blessed their faithfulness.

God is unstoppable, despite the evil intent of the politicians and health bureaucrats.

6. The church needs your prayers.

Please pray for Pastor McClure and his family.

Please pray for the staff and elders.

Please pray for the church fellowship.

And yes, please pray for the church lawyer that they would soon see an end to this injustice and a victory for religious freedom.

3 Comments on “Pastor Mike McClure: Standing Up for Religious Liberty Despite Unfair, Continual Persecution – 6 Things Every Christian Should Know”