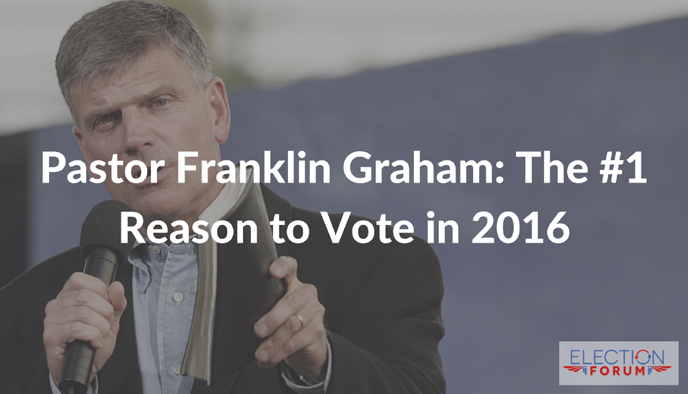 His son Franklin is pressing for a revival that will awaken Christian voters, too, to help save his country.

About Election 2016: “This is probably the most important election in my lifetime. I’m 64 years old!

“We’re on the precipice of losing the United States of America, and we better get out there and vote.

“Listen, both of these candidates are flawed. Both of them. But we are not voting for a pastor. We’re voting for someone who’s going to be appointing the next Supreme Court justices.

Graham has also stated the stark differences between the two Presidential candidates:

“The two candidates have very different visions for the future of America.  The most important issue of this election is the Supreme Court.  That impacts everything.  There’s no question, Trump and Clinton scandals might be news for the moment, but who they appoint to the Supreme Court will remake the fabric of our society for our children and our grandchildren, for generations to come.”

Pastor Franklin Graham could not have made it any clearer.