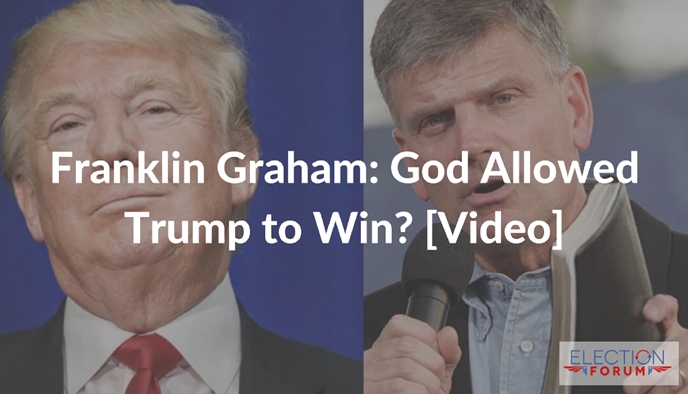 Throughout the Election 2016 Presidential campaign, Pastor Franklin Graham sensed that God was at work:

During his Decision America Tour which, visited all 50 state capitols, pastor Graham prayed our country. He stressed to Americans everywhere that this election was not just about corruption or coarse language, but the future of the Supreme Court, and the precarious future of American citizen’s freedom of religion.

He also fervently believes that God, not Russia, intervened and moved in the Body of Christ to shape this election.

Check out what Franklin Graham had to say about God and Election 2016:

What do you think? Did God’s help shape the outcomes of this race? Email me at craig@electionforum.org.