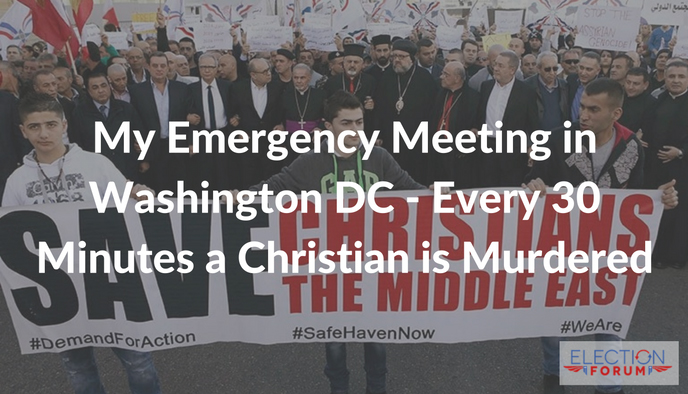 I have been asked by a coalition of Christian organizations and Congressman Dana Rohrabacher to lead an effort to save the Christians in the Middle East from genocide.

Last week Shelly and I flew to Washington DC for as special meeting in the House of Representatives at the capital.

In this meeting, we discussed how Christians are being discriminated against by:

Sadly, no one is doing anything about it, except for Congressman Dana Rohrabacher.

The House Republican leadership has buried this bill, HR 4017—the Save the Christians from Genocide Act—all while Christians are being tortured and murdered.

Right now, they have nowhere to go, including the refugee camps in the Middle East. Christians in these camps are persecuted or killed. Women are raped, and children are forced into human trafficking. Many of these Christians are even forced to deny their faith in Christ. 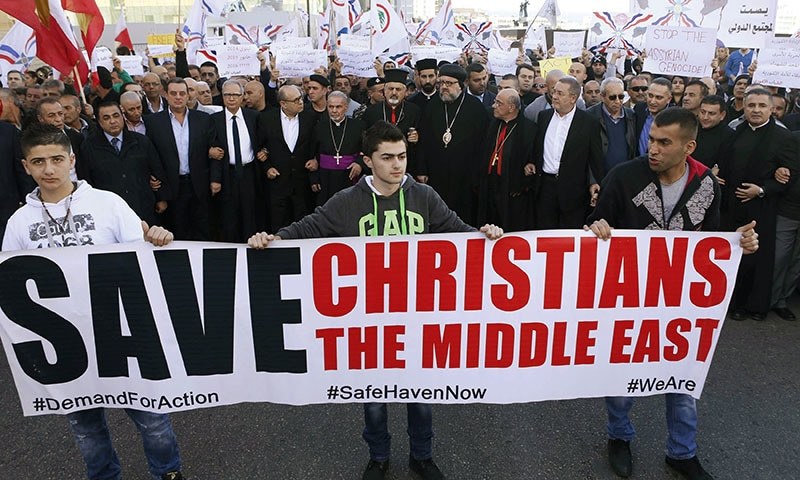 It’s their only hope, their only chance. The Christians are a targeted group, while other refugees are merely caught up in the misery of the massive civil wars tearing up the Middle East right now.

Whether the Obama Administration will say it or not, ISIS has targeted these Christians for termination. That is genocide!

That’s why they need your help.

10,000 Syrian refugees were allowed into this country.

Only 53 were Christians. This is outrageous.

Won’t you help? Sign the petition today, and help us get out the word.

You can also print and share this petition with friends, your church, and your Bible Study group.

Petition: Save the Christians from Genocide

Let me know what you think. Email me at craig@craighuey.com.