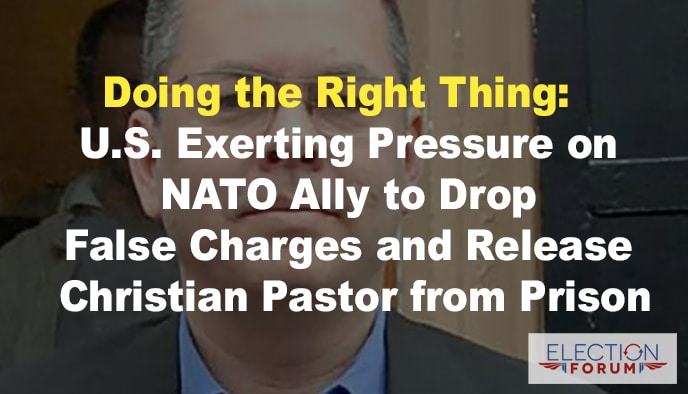 There are Christians unjustly held in prisons all over the world.

They are suffering for Christ … losing hope … and facing death by execution every day.

But since October 2016 he has been held in prison in Izmir … falsely accused of supporting and colluding with a Kurdish terrorist group Turkey blames for the attempted military coup against President Recep Erdogan earlier that year.

He’s been separated from his wife and daughters for nearly 2 years … and has lost 50 pounds during his ordeal.

But now the U.S. government is doing more than just pleading with Turkish authorities for his release…

Senators Jeanne Shaheen (D-NH) and Thom Tillis (R-NC) secured an amendment to the National Defense Authorization Act that bars Turkey from purchasing F-35 fighter jets because of its continued detention of Pastor Brunson.

As a NATO-allied country, 100 of the jets were earmarked for Turkey…

But because of the unjust persecution of Pastor Brunson … what would otherwise be a routine sale is on hold until Brunson is released.

As Christians, we need to pray for Pastor Brunson and his family daily … and stand for what is right and just … opposing the tyranny of unjust imprisonment.

Brownback is also helping mobilize the resources of our government to give billions of dollars in humanitarian relief as well as economic and military aid to countries around the world.