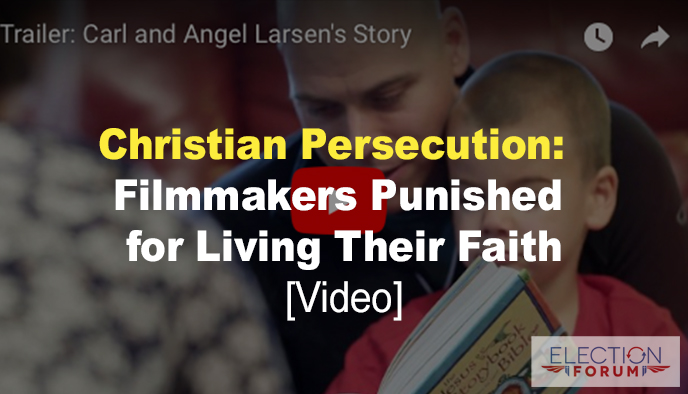 Angel and Carl Larsen are Minnesota filmmakers who are challenging a state law that forces them to express messages that violate their beliefs.

As owners of a video and film production company, they enjoy telling stories that honor God.

As Christians, they believe in marriage is a sacred covenant between a man and a woman. They want to film weddings of couples who agree with this biblical viewpoint.

But before they could launch their dream, the Larsens were hit with a speech-coercing state law that mandates they must also create films celebrating same-sex marriages.

This left the filmmakers with three choices:

The Larsens decided to challenge the law and are being represented by the Alliance Defending Freedom.

Watch this brief 1-minute video introducing the plight of the Larsens.

Activists and progressive politicians are determined to force Christians to express messages contrary to their faith.

Filmmakers should not be threatened with fines and jail simply for disagreeing with the government.

Every American should be free to peacefully carry on their work according to their faith and not fear being punished.

After all, this country was built on the precepts of freedom of speech and to practice one’s religion without government interference.