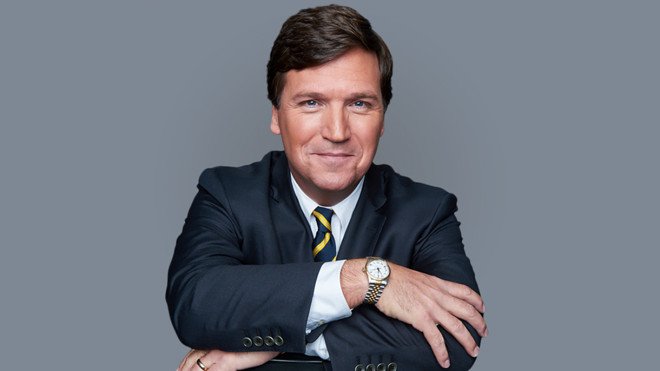 The Department of Defense and the U.S. military have used their power, resources, and bureaucracy to try to officially destroy Christians, conservatives, libertarians… and now Tucker Carlson and FOX.

This intense politicization of the military to promote ideological conformity and transformation has never happened before in American history. Here are 7 things you should know:

1. The military and Department of Defense are supposed to be apolitical and non-partisan – not a political/ideological arm of government.

The military never officially gets involved in politics or domestic issues…until now.

But the Biden administration is filling the military and Department of Defense with ideologs.

The target: Christians, conservatives, libertarians, and any opposition to their ideological transformation of government into a secular, pro-socialist worldview.

For example, Richard Torres-Estrada is now in charge of the U.S. Special Operations Commands Office of Diversity and Inclusion.

The U.S. Special Operations Commands (USSOCOM) directs counterterrorism and unconventional warfare operations for the military. Torres-Estrada is an extremist and propagandist. One example is his posting on Facebook of a picture of President Trump and Adolph Hitler both holding Bibles.

The leadership of the bureaucracy is being filled with those who have one purpose: to transform politics and culture. They are:

For example, it has officially attacked Tucker Carlson.

This Deep State attack on Tucker Carlson and FOX from the Department of Defense is unprecedented.

The military is for protecting us and defeating foreign enemies.

But this time the power of the taxpayer-supported military was used against Carlson and FOX.

“What we absolutely won’t do is take personnel advice from a talk show host or the Chinese military,” Kirby said.

The Space Force Command’s senior enlisted leader, Marine Corps Master Gunnery Sgt. Scott Stalker, while wearing his uniform, said in a video that Carlson’s opinion is “based on zero days of service in the armed forces.”

The official Twitter account for the II Marine Expeditionary Force Information Group used a pejorative in responding to Carlson’s recent statements on how the military should be focused more on adversaries and less on cultural issues.

Christopher Ingram, an infantryman and speechwriter to the commander of the war against the Islamic State said on Twitter: “Tucker Carlson is the mockery.”

Maj. Gen. Patrick Donahoe, commanding general at the Maneuver Center of Excellence, posted a video of the reenlistment ceremony for a female solider and added, “just a reminder that @Tucker Carlson couldn’t be more wrong.”

2. What the Deep State bureaucrats in the military and at the Department of Defense did.

What caused the military to target Tucker Carlson?

It was Carlson’s questioning of military preparedness and its social engineering agenda in light of China’s threat.

Here is what Carlson said about the attack on him:

“We know that it happens all over the world and the consequences are always horrifying. It has never happened here.”

“But Lloyd Austin – the new Secretary of Defense – is openly political. In his first days on the job, Austin made the entire armed services submit to a kind of political purity test. Anyone who had views that Lloyd Austin found quote ‘extreme’ had to leave.”

“Then Lloyd Austin set about accelerating poisonous trends already in progress at the Pentagon. The worst of these is the use of irrelevant criteria in hiring and promotion.”

“In order to meet the demands of various Democratic interest groups, the Pentagon has dramatically lowered standards in the services.”

The Department of Defense’s assault on Tucker was coordinated, massive and intentional.

It was designed to:

The Department of Defense posted its attack on Tucker/Fox on its official website…at taxpayers’ expense.

It also posted attacks on social media with a massive campaign – at taxpayers’ expense.

It also created and sent out multiple videos attacking Tucker and Fox – at taxpayers’ expense.

Tucker didn’t mention many of the Defense Secretary’s political actions. For example:

Defense Secretary Lloyd Austin has directed commanders to institute a one-day stand-down within 60 days to address “extremism” within the ranks.

To develop searches for “extremists” in the military would be to develop the kind of political litmus test that Communist China, Communist Venezuela, and Marxist Russia have employed to indoctrinate the members of their military as a way to make them politically correct and compliant.

This purge has a chilling effect on the military.  For example, if an individual does not agree with some of the views of their officers and they believe that their differences of opinion would negatively affect their chances for promotion and retention, it would negatively affect morale and would be the worst possible thing for personnel retention. Threatened military members simply will not re-enlist.

Christians, conservatives, and libertarians are being classified as potential “domestic extremists.” Why? Because of their view on marriage and Christ as the only way to salvation — and other Biblical beliefs.

This all started with President Obama and his ideological appointments in the military and the Deep State bureaucracy.

For example, in 2013, the Department of Defense told the military, “Nowadays, instead of dressing in sheets and publicly espousing hate messages, many extremists will talk of individual liberties, states’ rights, and how to make the world a better place.

In other words, if you believe in freedom and federalism, you’re as bad as the Nazis or KKK – hateful.

A U.S. Army Reserve training presentation entitled, “Religious Extremism,” identifies religious extremist groups. Included among those listed are Al-Qaeda, Hamas, and the Ku Klux Klan – groups that use or advocate violence to accomplish their objectives and are therefore rightly classified as extremists. But the slide also listed Evangelical Christianity and Catholicism.

Not only that, there was a coordinated attack on cable, satellite, and other media carriers such as Direct TV to drop FOX altogether. This was from partisan groups like MoveOn.org and others. (See my article, “Banning Fox News: 5 Things You Should Know About the Coming Censorship.”)

4. What the Department of Defense and military did that Tucker attacked. Here is what Tucker said and why:

What was the focus of the attack?

Remember, Tucker’s point was the military being more concerned about “social justice,” political correctness and social engineering – not protection of America.

But the attacks ignored this and focused on this:

“Just this week, the Biden administration announced that the Pentagon will pay for gender reassignment surgery for active-duty personnel. How do sex changes in the military make this country safer? That’s not a trick question. It’s not another volley in the culture war. It’s the only question that matters – literally, the only question that matters.  But no one bothered to ask it, probably because no one can remember why the U.S. military exists.”

“Here’s a reminder: the U.S. military exists to fight and win wars. That’s its only purpose. The U.S. military is not an NGO, it is not a vehicle for achieving equity, it’s not a social experiment, it’s definitely not an employment agency.”

Then Tucker attacked the special women in the military initiatives. That was the focus of his criticism.

5. What Tucker really thinks about the Department of Defense’s politicization of the military.

What Tucker said about the politicizing of the military is true but disturbing:

“The military is willing to judge Colin Powell purely on his talents, something that few would do at the time. Powell was smart and capable. And for that reason, in the end, he became Chairman of the Joint Chiefs of Staff. He was justly proud of that and so was the country he served. Would Colin Powell’s story be possible today? No, it wouldn’t. Joe Biden has put a man called Lloyd Austin in charge of the Pentagon.”

“The real headline, however, is that Lloyd Austin is the second defense secretary in a row to have been on the payroll of Raytheon, the massive defense contractor. If you saw something like that happen in a Central American country, you would call it corruption and you would be right.”

6. Why Tucker says this is important to you.

Should we care? Here is what Tucker says:

“The rest of us depend on the U.S. military to protect our families and protect the country itself. But Joe Biden doesn’t see it that way.”

“You see this attitude throughout the U.S. government as well as in the corporate world: key positions filled on the basis of physical appearance, without any reference to ability or experience.”

“Now you can get by with that if you’re Citibank, which now cares more about wokeness than about banking. They can explain the result to their shareholders 10 years from now. But it is not fine, if your only job is to protect the United States from people who want to kill the rest of us. That is the worst kind of dereliction of duty.”

7. Should the military become politicized, even if attacked by the media or politicians?

Since the start of our country, media and politicians have criticized the military. And the military stayed neutral until now.

“Since when does the Pentagon declare war on a domestic news operation? Can’t remember that ever happening.”

“The Department of Defense has never been more aggressively or openly political. Tonight, there are 2,500 American troops stationed in Afghanistan and they remain there to prevent the fall of Kabul to extremists. At the same time, there are 5,000 troops in our own capital tonight, also as protection against extremists, meaning people who voted for the losing candidate in the last election.”

“As Lloyd Austin hyperventilates about white supremacy, there are real threats out there, and the biggest ones continue to be ignored. Those threats are not Syria, they’re not suburban Virginia. They’re not domestic extremism, at least right now. The main threat that we face, and everyone who is honest knows this, is the government of China.”

“China is ascendant. Their economy will soon outpace ours. China now has the largest navy on the planet. Why do they have that? Why did they feel the need to build it?”

“Does that have potential consequences for us? Yes.”

“If China moved against Taiwan, how exactly would we respond? More likely, if the Chinese decided to close international shipping lanes, it would cripple our economy. If they decided to shut down our internet, it would bring our life to a half. If it decided to occupy Malaysia, that would be a grave concern to the world.”

“If any of these things happened, or a hundred other things that might happen, what exactly would our Pentagon do about it?”

The Department of Defense is just one of the bureaucracies. Sadly, the Deep State attack against Tucker/Fox will be multiplied against any opposition to the extremist changes taking place.

How did this happen? It happened because the Deep State isn’t just bureaucrats protecting bureaucracy.  It is bureaucrats using government-powered resources to transform culture and society.

Watch Tucker Carlson’s commentary on the politicization of the Department of Defense here (about 15 minutes).

Note: Want to know how the Department of Defense and other bureaucrats get like this? Read my book, The Deep State: 15 Surprising Dangers You Should Know.

3 Comments on “Deep State War Escalates: The Swamp Uses the Power of the Department of Defense and the U.S. Military to Crush Christians, Conservatives, Libertarians and Tucker Carlson/Fox (7 Things You Should Know…and the Video that Caused It All)”