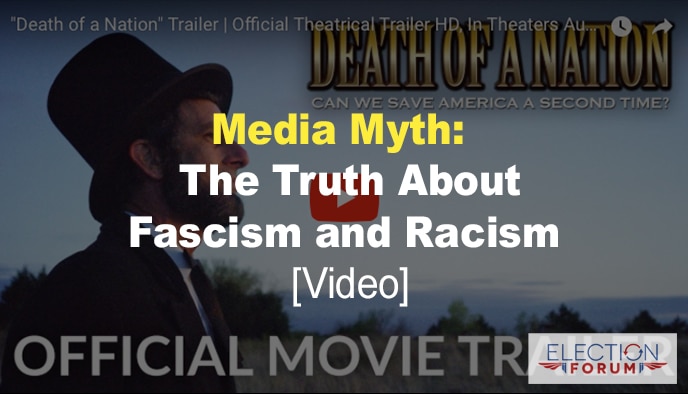 The progressive media wants you to believe conservatives, libertarians and anyone who likes President Trump’s politics is a fascist…a racist…a white supremacist…and more…

Dinesh D’Souza cuts through the misinformation…dispels the rumors and innuendos…exposes the outright lies…and reveals the hidden history and explosive truths about fascism and white supremacy in his new film Death of a Nation.

It’s scheduled to be released on August 3rd.

Plan to see it…and plan to be educated in ways the media will not – and cannot – do.

Don’t put it off until the 2nd or 3rd weekend…

The fate of movies in the U.S. is dependent on how well they do in theaters during their opening weekend.

Watch the official Death of a Nation movie trailer (2 minutes):

One Comment on “Media Myth: The Truth About Fascism and Racism [Video]”