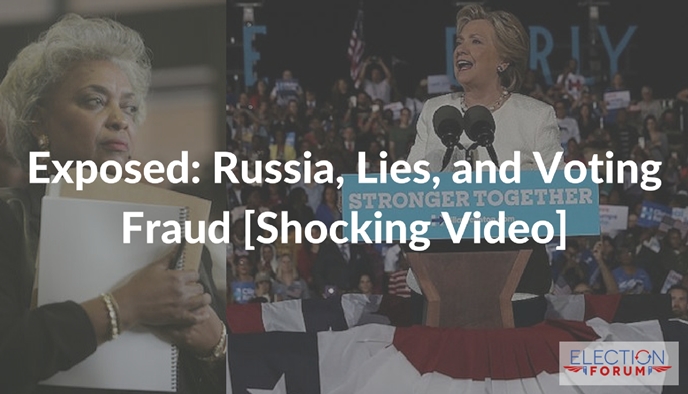 “They rigged the election to help Donald Trump win!”

“Russia is manipulating the Election To Favor Trump!”

This is the latest narrative from the liberal media and politicians.

The shocking thing is … there is no proof, only opinion.

All of the above is fake news and speculation.

On CNN and other liberal media outlets, they repeated these lies as truth and facts.

Of course, Russia may be trying to hack our Internet servers and internal telecommunications, just like China, Iran, or some guy in his attic in Hungary.

Hacking is cyber warfare … it’s happening …and it’s impacted the United States government at least 10 times … and major corporations, too.

These attacks should be one of the major issues which President Trump focuses on.

But don’t fall for the media hype that Russia impacted our elections. It’s fake news at its worst.

Sean Spicer, the Republican National Committee Communications Director, took on CNN with the truth, and shared his disgust over their repeated lies.

Watch the CNN reporter’s embarrassment as Spicer exposes him:

In the first half, Elise Labit right away took the initial story about Russian hacking as Gospel truth.

In the second half, Spicer slammed the CNN host Michael Smerconish for peddling conspiracy theories without any truth or

Verdict: There is no conclusive evidence from the intelligence community in Washington DC about Russian hacking.