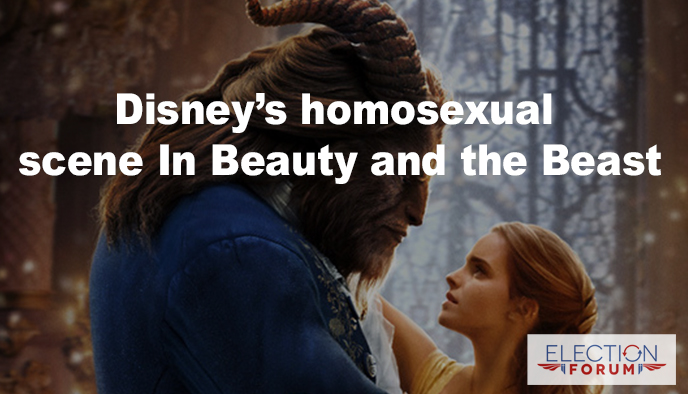 Many Christian parents and grandparents are concerned about Disney’s homosexual scene in Beauty and the Beast.

In fact, when asked, 95% of evangelical Christians said they would not see the movie.

But millions of Americans – and Christians – are…it’s a huge box office success.

The film has broken records for best PG-rated all-time opening,

and scored the seventh-biggest launch of all time for any movie. It pulled in $395.4 million in the U.S. already, costing less than 200 million to make.

Since Disney had a same-sex kissing scene on the Disney Channel in the cartoon Forces of Evil, many were concerned that would happen here.

During the finale ballroom scene, after LeFou has joined up with Team Belle, LeFou dances with a man. That’s it!

It’s sad they had to force in a scene, but I doubt if any kid would notice.

What do you think? Are you going to see the movie?

Email me at craig@electionforum.org
Navigate here to find out ways of improving your dating time.