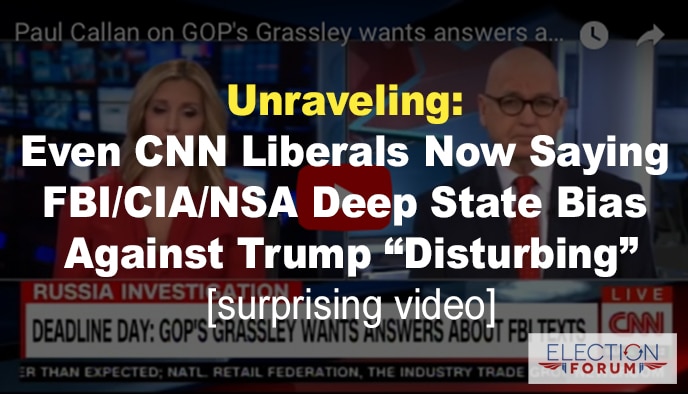 The media lie is crumbling…

The truth about the corruption at the top leadership levels of the FBI and other intelligence agencies is being recognized now – even by CNN.

Criticism by President Trump and other conservatives of the politicization and abuse of power of the FBI and other intelligence agencies has been mocked by CNN and other liberal news outlets.

They have claimed that the U.S intelligence community is above reproach and that their activities and motives should never be questioned…

But now one CNN legal analyst has changed his mind about Trump … and says what he has discovered about the FBI is “disturbing.”

Watch the surprising CNN video below: