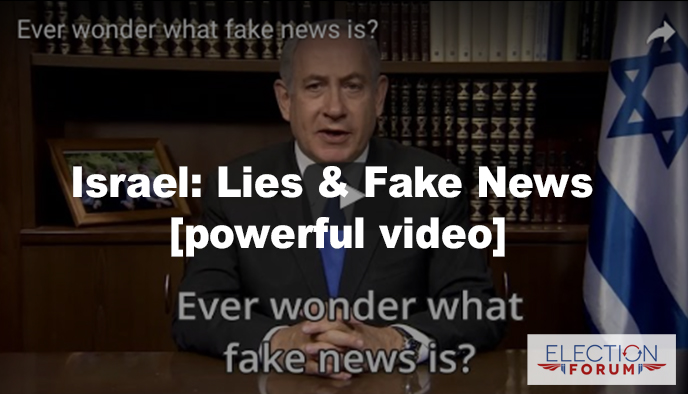 CNN and the media slant and distort the news based on their liberal interpretation of the world.

In response to biased news, Israeli Prime Minister, Benjamin Netanyahu, did this short 2-minute video exposing the media lie and calling out CNN and other outlets for not telling the truth.

Also, Netanyahu also sent out another powerful video showing the hatred and brainwashing of Palestinian children.

The video begins with Palestinian President Mahmoud Abbas discussing the issue of Palestinian incitement against Israelis.

“There is another case that the Israelis are raising, which is incitement,” Abbas says. “That means the Palestinians are inciting consistently against the Israelis in their media, schools, books, official statements, etc.”

“Indeed, we are inciting!” Abbas declares.

The video continues to show the ways in which Palestinian leaders incite hatred, and the effect it has on children. At one point in the video, children carry out mock stabbing attacks against Jewish people.

Abbas just met with President Trump. And…Trump called out Abbas on not renouncing terrorism and recognizing Israel’s right to exist.