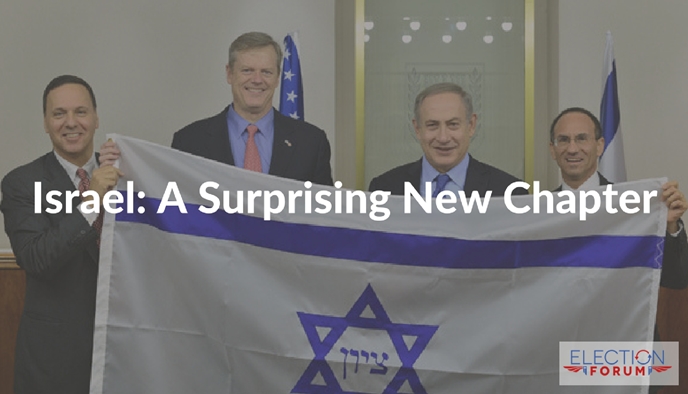 For the past 8 years, Israel has dealt with one of the most hostile Presidential Administrations in years.

Barack Obama has been overtly pro-Islam, but hostile to the Jewish State.

For the past 68 years, the United States has refused to recognize Jerusalem as the capital of the state of Israel—even though state law passed 20 years ago has required the United States State Department to move the American Embassy to Jerusalem.

All of this is changing with Donald Trump, who has sworn to protect religious liberty, make it safe to say “Merry Christmas!”

The Trump Transition Team has tapped David Friedman to be the next American Ambassador to the state of Israel.

Friedman’s views on a two-state solution are stronger than any previous ambassador in over 20 years.

That’s a good thing, since lobbyist groups have become part of the swamp which Trump has pledged to drain.

Friedman is an outsider, one who will not only disrupt the current decline of American-Israeli relations, but will also upend the liberal Department of State ruling class.

For the first time in nearly 50 years, the American ambassador is presenting a realistic view on the conflict, and will not accommodate the appeasement efforts of previous administrations.

Critics of the Friedman appointee fear that his appointment, followed by the relocation of the American Embassy to Jerusalem, will spark a Third Intifada against Israel.

But peace through strength is the new spirit in the upcoming Trump Administration, and a new approach which demands respect for the Jewish state and respect for all people in the Middle East.

And for Christians, this is both a victory and blessing that they have longed for from their President”

“And I will bless them that bless thee, and curse him that curseth thee: and in thee shall all families of the earth be blessed.” (Genesis 12:3)

“Pray for the peace of Jerusalem: they shall prosper that love thee.” (Psalm 122:6)

Let me know your thoughts. Email me at craig@craighuey.com.