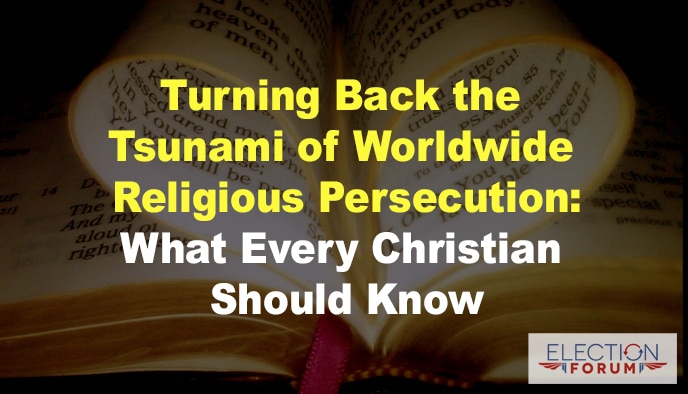 Every 30 minutes, a Christian is being killed.

In the past, the silence was deafening…

The U.S. now has official leadership and a voice to help the persecuted in countries such as:

These and other countries need to know that human rights and freedom of religion violations must be reported.

I met with Sam Brownback – the new Ambassador-at-Large for International Religious Freedom.

He has a heart, passion and determination to make changes in the way the U.S. responds to religious persecution – and to be a strong advocate of international religious freedom.

He knows what to do … He knows how to do it … He knows the time is short.

His position is one of the most important positions in the Trump administration for several reasons:

During his swearing in ceremony, Brownback stated:

“If you want more security and less terrorism in your country, have more religious freedom. It’s a byproduct, a fruit of more security and peace. It’s in all the data and now we need to spread it to all the world.”

He is empowered to help those of all faiths world-wide who are being persecuted because of their religion.

He will also lead the efforts of the U.S. Commission on International Religious Freedom (USCIRF) – an independent, bipartisan federal government commission.

Let’s all pray for Sam Brownback.

Let’s have our churches pray for him…

Let’s pray God protects and encourages him in this battle.