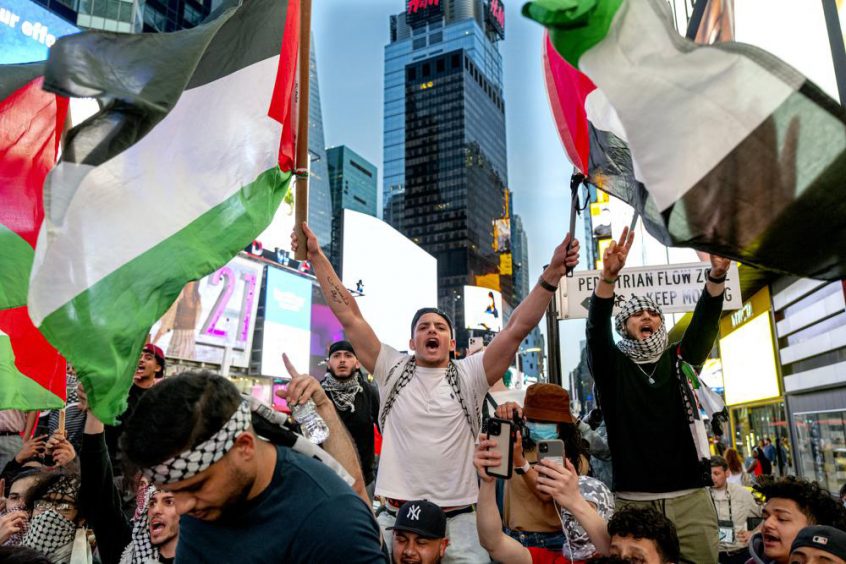 Throughout the world, people watched as Israel was attacked by Hamas and the Palestinians and then fought back.

But the media spin of anti-Jewish sentiment predominant in the Middle East and fueled by Iran began to explode, even in the United States.

Here are three things you should know:

1. This latest Israeli-Palestinian conflict fueled flames of hatred that were already there.

The growing hatred of Jewish people in colleges, mosques, and among radical groups is something that has happened throughout history… and it’s back in full force.

Across the United States, pro-Democrat socialists – Congressmen and Senators – have been silent about the anti-Semitism and the attacks on Jewish people.

Social media has been filled with hate.

College campuses have been filled with rallies against Jews – under the pretense of protecting the Palestinians.

And people have been attacked.

For example, New York has become a hotbed of anti-Semitism. One person described being chased and thrown to the ground. He said:

“I tried to get away, and the next thing I knew, I was surrounded by a whole crowd of people who proceeded to kick me, punch me, beat me down. I felt a liquid being poured on my face and at first I thought I was getting urinated on, but it turned out I was getting maced and pepper-sprayed. My face was on fire. The pain was worse than the concussion and all this other stuff that followed.”

He added, “I have concussion. I had an X-ray on my wrist. It’s not broken but it’s messed up. Every time I move it it’s in pain, probably sprained. I have bruises all over my body. I have a black eye. My face is banged up. I’m just sore all over my body. They were kicking me in my ribs, my stomach.”

In Los Angeles, people eating peacefully at a restaurant were attacked because they were Jewish.

Another Jewish man in his Southern Californian home was chased by two cars flying Palestinian flags and chanting, “Allahu Akbar.”

In Salt Lake City at a synagogue, Rabbi Avremi Zippel said his community will “persevere through this as we have all phases of our storied history. But, the silence surrounding the cheapening of Jewish blood is deafening and downright sad.”

Worldwide attacks on Israel and Jewish people have escalated.

This is especially the case in France, England and European countries.

Of course, the Middle East was inflamed with demonstrations and growing hatred of Jewish people.