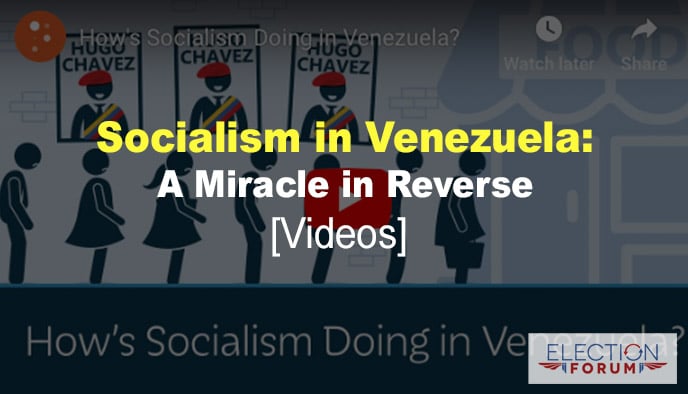 It failed in socialist Russia.

It failed in Fascist Italy.

It failed in Brazil … Cuba … North Korea … and many more.

Senator Bernie Sanders of Vermont used to cite Venezuela as an example of a model socialist country.

A generation ago, Caracas – the capital of Venezuela – was one of the most glamorous and thriving cities in Latin America…

Travel guidebooks hailed is as a mecca for restaurants, night life and art fans.

Today, just 20 years after the election of Hugo Chávez in 1998 – and 5 years after Nicolás Maduro took power following the death of Chávez in 2013 – the city and the country are in an economic tailspin.

Omar Lugo, director of the news website El Estímulo, describes the capital city as “a ghost town.” “It pains me so much to see Caracas like this,” he says.

Public services are collapsing … poverty and crime are rampant … hyperinflation is raging … businesses are closing … and residents are evacuating on buses – or on one of the few commercial flights still connecting Caracas to the rest of the world.

The UN says that since 2015, the country-wide exodus has climbed to 3 million – 10% of Venezuela’s population.

Of those that remain, even those regarded as well-off often live without water or electricity.

“It’s a feeling of historic frustration,” adds El Estímulo’s Lugo. “A country that performed a miracle in reverse. It’s just impossible to believe.”

Watch these 2 videos of citizens of Venezuela and Brazil, respectively, explaining how socialism has ruined their 2 countries. Each video is about 5 minutes long.